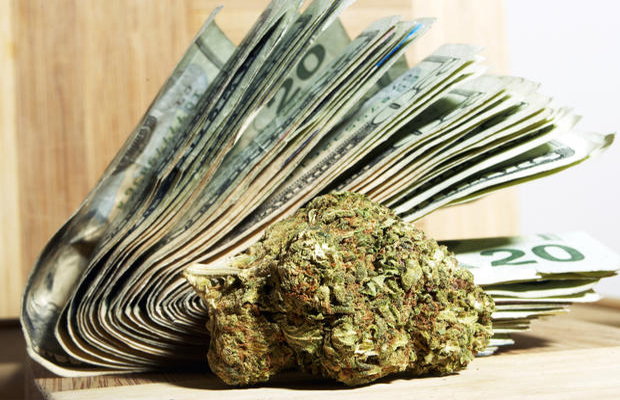 While Californians consider legalizing recreational pot use, a few San Diego entrepreneurs are already casting their vote in favor of the state’s cannabis industry.

The group, called Canopy San Diego, is accepting applications for its pot-themed technology accelerator, a first for Southern California. The concept is to find and fund early-stage companies with ideas that can assist the state’s dispensaries and growers. That could range from water conservation tools to more optimal packaging; payroll software to analytics.

Canopy San Diego said it is launching now because it believes the state’s legal marijuana market is already sufficiently large enough to support new businesses. With sales projected to reach $2.7 billion this year, California is the largest medical marijuana market in the nation. And, if residents vote in favor of recreational use in November, the state’s cannabis industry is expected to swell exponentially.

“California is about the size of the rest of the legal markets combined,” said John Kagia, executive vice president of data analytics at New Frontier, which researches the industry. The next largest legal markets are Colorado, Washington, Oregon and Arizona, which generated between $215 million and $1 billion in sales last year.

“The opportunity presented by legalization in California cannot be overstated. … (As technologists) transition to the cannabis industry, that represents a significant opportunity to dramatically advance the technological sophistication of an industry that, because of illegality, has not been able to capitalize on the same type of innovation that has advanced most other sectors.”There is one important caveat to the accelerator. Canopy San Diego is bypassing the risks associated with funding anyone dealing directly with plants, which means it won’t accept startups that actually cultivate or sell weed. That means consumer-centric, on-demand pot apps need not apply.

“The problem with delivery is that it could very easily be legislated into a niche market or legislated into no market at all,” said Eric Gomez, founder and CEO of Canopy San Diego. “We have zero control over that. So, the risk is too high for us to want to add that to our portfolio.”

The new accelerator is being modeled after a similar venture in Boulder, Colo., a state where recreational use was legalized in late 2013. Canopy San Diego expects to accept 10 young companies into its inaugural program this September, and repeat the cycle three times over the next two years. Program executives are in the process of raising $3.4 million, currently from local angel investors, to finance a total of 40 portfolio companies.

“The program is designed with the objective of taking entrepreneurs with great business ideas and turning those ideas into structured and polished business models that can then be presented to investors and other strategic partners,” Gomez said.

Each 16-week cohort is designed as a crash-course for would-be cannabis entrepreneurs who are just getting started. Participants are supplied with between $20,000 and $30,000 in seed money, office space and access to dozens of industry mentors. In exchange, Canopy takes between a 6 percent and 9.5 percent equity stake in the potentially budding businesses. At the end of the boot camp, the three best businesses, as determined by the program leaders, will receive an additional $50,000 in financing.

“We are really looking for the right team,” said Jack Scatizzi, the accelerator’s managing director. “We’re investing in founders; smart founders that are passionate about the cannabis space.”

Canopy San Diego’s muse, Canopy Boulder got its start around two years ago and graduated 19 startups in its first year of existence, including Solana Beach e-commerce company Tradiv. The San Diego chapter will keep close ties with the Boulder program so graduates here will also have access to Boulder’s partner, The Arcview Group, a 500-plus-person investor network focused on the cannabis industry.

“Not a day goes by when I think it was the wrong decision to (give up a 9.5 percent equity stake),” said Greg Doran, co-founder of Tradiv.

The Canopy Boulder alumnus and his co-founder Aeron Sullivan took a $20,000 seed investment to jump start an online platform where growers list products and dispensaries buy goods. Live for less than a year in Colorado, Tradiv counts roughly 35 percent of the state’s licensed cannabis businesses as registered users, Doran said.

This week, the startup is prepping to launch in its home state of California, and has, thus far, raised $4 million in financing. Plus, it’s grown its headcount from two people to nearly 30 who are spread across its Denver and Solana Beach offices.

“Our business is a hard play. We’re creating something kind of new here,” Doran said. “It was really beneficial for us to take advantage of Canopy Boulder. It’s been an important part of our history.”

San Diego applicants shouldn’t expect to replicate Tradiv’s quick accession. Realistically, three or four companies from each Canopy tranche won’t ever see the light of day. But that won’t be because they’re venturing into an socially unacceptable industry, Gomez said.

“As far as the stigma aspect, that is probably the one thing that is changing the fastest,” he said. “That doesn’t concern me whatsoever. The social change is happening so quickly.”