Licensed cannabis grower and distributor Trulieve won the race among the state’s six medical cannabis licensees to open the state’s first retail location. It will sell its proprietary high-CBD, low-THC strain of marijuana named Vita Jay, and has plans for a stronger strain on the horizon.

To do so, according  to Trulieve CEO Kim Rivers, the company had to complete a rigorous 2,000-page application that was “very technical,” and pass the consequent inspections from the Department of Health.

“At the end of the day, we are responsible for the plant, what comes out of the ground, and responsible for processing. It is highly regulated, of course, but also a very serious medicine,” Rivers said.

Trulieve is involved in every step the cultivation and sale, with its processing plant Hackney Nurseries located in Quincy.

“We, of course, hope and anticipate a warm welcome from our Tallahassee friends, neighbors and community,” Rivers said. “We’re local, and that’s why it was really important for us to open our first dispensary here.”

Rivers said that she and the company hope the public will see the medicinal value that Trulieve’s product can bring to those with health needs.

“I think once people realize that it really is medicine, that it’s not in any way recreational, they will see why people need it,” she said.

Under Florida’s Right to Try law, which gives patients with diagnosed terminal illness the right to try certain approved “experimental” drugs or ones not found in a pharmacy, Trulieve will have a higher-THC strain available mid-August.

In order to obtain the more potent strand, patients must be declared terminally ill by two physicians.

Customers will not be able to make marijuana purchases with plastic at the store, however, as state law allows only cash transactions at dispensaries.

The company has locations listed on its website as “coming soon” to Pensacola, Tampa, St. Petersburg, Clearwater and Bradenton.

Trulieve will host a press conference at the Capital Circle location at 2 p.m. Tuesday. 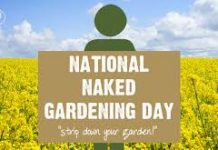 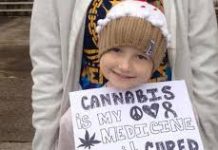 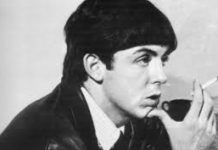