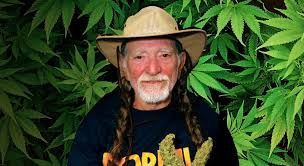 Pot is going the way of sneakers and snowboards.

As cannabis fights for a foothold in the U.S. economy, innovative weed growers are taking cues from a variety of industries — footwear, musical instruments, skis and snowboards, for example — and working with superstar musicians to develop signature marijuana strains, pro-model cannabis that sails off the shelves.

Colorado’s growers — captains of the state’s maturing cannabis scene — are leading the charge in this next stage of marijuana marketing that’s more partnership than endorsement deal.

In the past year, many musicians have unveiled signature strains of marijuana. Snoop Dogg has several. Rappers Freddie Gibbs and Wiz Khalifa, singer-songwriters Willie Nelson and Melissa Etheridge and the family of the late Bob Marley all announced signature weed products last year.

“People were coming in saying ‘I saw Oteil with that shirt, and that’s why I’m here,’” GroundSwell‘s chief grower, Rodney Coquia, said. Coquia and Grammy-winning Burbridge worked for nine months crafting Oteil’s Egyptian Kush, a first-ever hybrid of Alien OG and OG Kush. “It was definitely a big weekend for us. It was a big weekend for Oteil as well.”

Partnering with entertainers is an understandable step for marijuana companies working inside a disorganized industry from which national brands have not yet emerged, said Harvard Business School marketing professor John Quelch, who in 2014 co-wrote the case study “Marketing Marijuana in Colorado.”

“I see this as a low-cost vehicle for achieving brand differentiation,” Quelch said. “I think it’s probably going to proliferate but unlikely to be a real good basis for sustained differentiation. Each of these individuals will attract a certain number of aficionados who are drawn to purchase the product as a recognition of the music or the artist, but if they don’t care for the product, they won’t buy it again. Overall I regard this as a relatively unsustainable model, but understandable given the fragmented nature of the local market at the moment.”

Still, Colorado growers labor to synthesize strains with staying power. And tapping musicians with a long-standing relationship with cannabis is akin to enrolling expert consultants in the research and design phase of manufacturing.

Colorado’s own Native Roots — one of the largest dispensary chains in the country — worked with Boulder’s instrumental livetronica duo Big Gigantic to develop Cookies and Dream, a strain the company unveiled at its private Tree House party in Aspen during the X Games this year. Last year, Native Roots released GriZ Kush, a hybrid strain developed with Boulder artist GriZ.

When Big Gigantic took the stage in a transformed diner in downtown Aspen during the X Games circus, hundreds of people puffed complimentary doobies. (There were about seven ways to get high that night, including THC-infused cocktails, lotions and stick-on patches.)

Native Roots, Colorado’s largest dispensary company, with 16 shops across the state, spent months with GriZ and Big Gigantic to craft the one-of-a-kind. Other musicians are lining up asking for their own strains, Native Roots CEO Josh Ginsberg said.

Coquia calls the indica hybrid he developed with Burbridge “the ultimate musical strain” with a cherry flavor that Florida-based Burbridge likes.

Burbridge, 51, called GroundSwell “Willie Wonka’s.” He chatted up his strain with dedicated Dead-fan Bill Walton on Sirius radio.Online magazines featured the bass player and Oteil’s Egyptian Kush as he prepared for the historic concerts at Folsom Field, the first live music in the football stadium in 15 years.

“Oteil was just over the top. Like a kid who got exactly what he wanted for Christmas,” said Coquia, who has known Burbridge for more than 20 years. “You could tell the day we released it was a big day in his life.”

Coquia, who plays lead guitar for Bonfire Dub, also spent 18 months crafting a potent sativa hybrid with turntablist DJ Logic. Logic Diesel, released last year, remains one of the most popular strains at GroundSwell, which has sold medical marijuana for five years and began recreational sales a year ago.

Like Native Roots, GroundSwell has several big-name musicians asking for their own strains, which the dispensary promotes with baseball-type trading cards detailing their specific genetics and stony characteristics.

“I want a pack of cards, wrapped with a stick of ganja gum,” said Coquia, only half-joking.

That is the kind of out-of-the-box thinking that is driving innovation in Colorado’s cannabis industry. Pro-model weed isn’t going to transform the industry or start replacing timeless strains, Ginsberg said, but “it’s something cool and unique, and it’s fun for us and it’s fun for the artists.”

“This is some really great pot we are creating,” Ginsberg said of the GriZ strain, which ranks among Native Roots’ most popular offerings. “It’s a great weed, and everyone loves it. His name may bring people to the table. They may buy it once for the name but they keep coming back because it’s such a great smoke.”