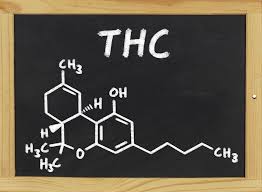 DENVER — Pot skeptics have been cleared to start work on the most sweeping effort yet to attack Colorado marijuana legalization.

A ballot measure cleared for petitioning Thursday by the Colorado Supreme Court would set new potency and packaging limits on recreational marijuana.

Under the proposal, packaging would have to include warnings that marijuana carries a risk of “permanent loss of brain abilities.” The measure also includes a new potency limit, meaning that popular forms of marijuana such as vape pens and some edibles would be illegal.

Supporters of the measure say that most marijuana sold today is too strong and that current warning labels are inadequate.

The pot skeptics tried and failed earlier this year to get state lawmakers to limit potency. Lawmakers were sympathetic but resisted the change because the state constitution expressly permits all forms of marijuana. The industry compared the change to regulating the strength of alcohol.

The marijuana critics have proposed changing the constitution to allow potency limits. Backed by legalization opponents including former State House Speaker Frank McNulty, the measure also states that pot businesses can’t get out of the changes by arguing they are impractical.

Proponents of the measure did not immediately respond to requests for interviews.

The court’s ruling clears supporters to start collecting about 98,000 signatures to put the question on ballots. Signatures are due Aug. 8.

If the petition is successful, Amendment 139 would be the most significant attempt to roll back access to marijuana in any of the four states and District of Columbia that have legalized recreational pot.