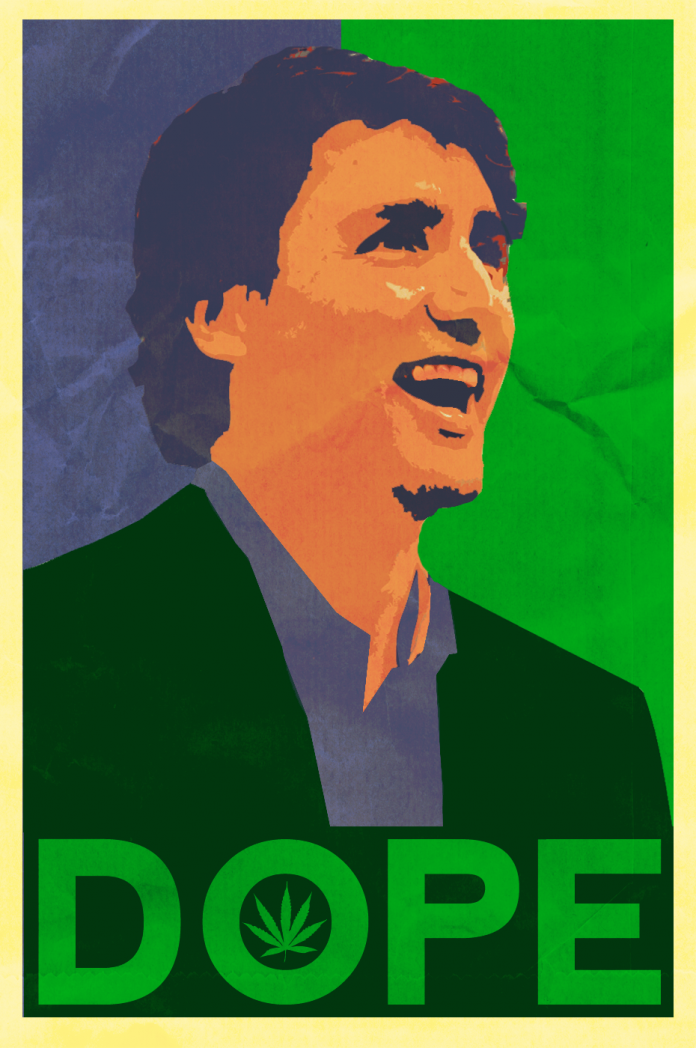 Speaking Wednesday at an economic conference, Canadian Prime Minister Justin Trudeau made one of the more buttoned-down, straight-edged arguments for marijuana legalization I’ve heard in recent years. It’s worth quoting at length so I’ve done that below:

Look, our approach on legalizing marijuana is not about creating a boutique industry or bringing in tax revenue, it’s based on two very simple principles:

The first one is, young people have easier access to cannabis now, in Canada, than they do in just about any other countries in the world. [Of] 29 different countries studied by the U.N., Canada was number one in terms of underage access to marijuana. And whatever you might think or studies seen about cannabis being less harmful than alcohol or even cigarettes, the fact is it is bad for the developing brain and we need to make sure that it’s harder for underage Canadians to access marijuana. And that will happen under a controlled and regulated regime.

The other piece of it is there are billions upon billions of dollars flowing into the pockets of organized crime, street gangs and gun-runners, because of the illicit marijuana trade, and if we can get that out of the criminal elements and into a more regulated fashion we will reduce the amount of criminal activity that’s profiting from those, and that has offshoots into so many other criminal activities. So those are my focuses on that.

I have no doubt that Canadians and entrepreneurs will be tremendously innovative in finding ways to create positive economic benefits from the legalization and control of marijuana, but our focus is on protecting kids and protecting our streets.

Trudeau made these remarks in response to a conference participantwho said that “Canada could be to cannabis as France is to wine.” These enthusiastic predictions about the burgeoning marijuana industry —billions of dollars in revenue and taxes, thousands of jobs created — should be familiar to anyone who’s followed efforts to legalize pot here in the United States.

But Trudeau’s argument for legalization is concerned less with creating benefits, and more with reducing harms. He starts from the same place that many legalization opponents start from — concern for the safety of children.

Opponents of legalization have always argued that relaxing marijuana laws will inevitably lead to increased use among teens and adolescents. This would obviously be a problem, because younger users are more at risk for marijuana dependency than adults, and heavy use among teens has been linked to a whole host of social and mental health problems.

But Trudeau points to an easy-to-overlook fact: It’s already incredibly easy for teenagers to get high if they want to. In 2015, for instance, nearly 80 percent of U.S. 12th-graders said it would be easy for them to obtain marijuana. It’s clear, in other words, that current policies centered on making the drug completely illegal are doing little to keep it out of the hands of kids who want to use it.

Trudeau argues that taking pot out of the black market and putting it under the aegis of a regulatory structure will actually make it harder for kids — those most susceptible to the drug’s harms — to obtain it. We don’t really know yet if that’s the case. Legalization experiments in Colorado and elsewhere are still too young to draw sweeping conclusions about the effects of legalization on teen use and access.

That said, the early data is encouraging. A recent study published in Lancet Psychiatry found that the over the past decade or so — as 13 states passed medical-marijuana laws, 10 states relaxed penalties for marijuana use, and Colorado and Washington became the first states to fully legalize recreational pot use — not only have national teen marijuana use rates declined, but problems associated with teen marijuana use, like dependency, have fallen too.

Beyond that, the latest federal data shows no significant year-over-year change in marijuana use among teens in Colorado and Washington in the year after marijuana became legal there.

Experts say none of this is particularly surprising. “Most of the legal changes have pertained only to those 21 and over, so the absence of a big increase in teens is exactly what you’d expect,” Jonathan Caulkins of Carnegie Mellon University told me late last year.

In short, it may be the case that marijuana legalization will have a much smaller impact on teen use rates than once feared. This doesn’t mean that legalization doesn’t bring risks of its own, however. If marijuana is more widely available, more people will use it, and a certain percent of them will develop a dependency on the drug. And another subset of users will end up doing incredibly stupid or dangerous things while high.

But the question is weighing these very real risks of harm against the harms that are already occurring because of prohibition. Marijuana prohibition ruins lives — lives of the hundreds of thousands of people arrested for possessing the drug each year, or the lives of thousands of people put behind bars for years on account of simple marijuana possession, or the lives of people living in the communities wracked by violence when rival drug gangs fight over turf and put innocents in the crossfire.

Trudeau is saying that this current approach isn’t working, and that people legitimately concerned over the harms of the drug trade should consider a radically different approach. So far, the evidence is backing him up.