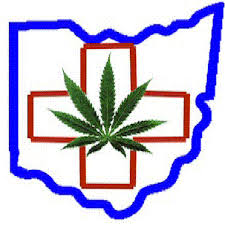 COLUMBUS – Gov. John Kasich signed a plan to legalize medical marijuana into law Wednesday, making Ohio the 25th state to approve its use.

Those suffering from epilepsy, chronic pain and the side effects of cancer treatments could soon be able to treat their pain with marijuana. Despite years of delays and opposition, state lawmakers passed a plan in May to legalize medical marijuana for those with a doctor’s referral. Groups working to place a rival medical marijuana proposal on the fall ballot put pressure on legislators, but ultimately dropped their efforts after the lawmakers approved a plan.

Kasich was quiet about whether he supported legalizing medical marijuana, saying only that he would follow doctors’ recommendations and wanted to help children in pain. But he ultimately signed the bill, which will take effect in 90 days.

While medical marijuana will be legal in three months, it will take much longer to set up rules for growers, dispensaries and patients. So, what comes next?

How soon can I buy medical marijuana?

If they have a doctor’s recommendation, Ohioans can purchase medical marijuana from other states where it is legal as soon as Sept. 6 and bring it back into the state. Then, the Department of Commerce will have about eight months to create rules for those who will grow marijuana. After that, cultivators will need time to start growing medical marijuana, and dispensaries will set up shop. Around that time, doctors must start applying to the Ohio State Medical Board for a certificate to recommend medical marijuana.

All this means Ohioans won’t be able to buy medical marijuana in-state until 2017 or early 2018. Note: Once the Ohio system is set up, Buckeyes will no longer be allowed to bring in marijuana from other states.

What kind of marijuana can I use?

Here’s the big sticking point for many marijuana advocates: Under this law, it’s still illegal to smoke marijuana – even if you buy it out of state. Vaporizers, edibles and oils are OK.

It goes without saying: Recreational use of marijuana also is still illegal under this law.

Which medical conditions will qualify for medical marijuana?

Who will grow the marijuana?

No one may grow medical marijuana at home or for personal use. But those who want to grow medical marijuana commercially must apply with the Ohio Department of Commerce. They cannot grow marijuana within 500 feet of a school, public playground, church, public park or public library. Those with certain criminal convictions are disqualified from growing marijuana.

Who can recommend it?

Physicians who are certified by the State Medical Board of Ohio. They could be disqualified from certification if they have a financial interest in growing marijuana, have lost their license to practice medicine or have been convicted of certain crimes. These doctors must attend at least two hours of training on diagnosing and treating conditions with medical marijuana.

Can I be fired for using medical marijuana?

Yes. Despite opposition from some Democrats, the law would allow employers to fire employees who violate office policies against marijuana use – even if the marijuana was recommended by physicians. If you are fired for marijuana use, you will not receive unemployment compensation either.

Can I vote on medical marijuana in November?

No. Several groups were interested in placing a proposal on the fall ballot, but each decided against it. The most prominent, Marijuana Policy Project and its local affiliate Ohioans for Medical Marijuana, dropped its bid just three days after senators passed the medical marijuana bill. The effort was too costly and unpredictable in a presidential election year.

“(T)he reality is that raising funds for medical marijuana policy changes is incredibly difficult, especially given the improvements made to the proposed program by the Ohio General Assembly and the fact that the Governor is expected to sign the bill,” said Brandon Lynaugh, campaign manager for Ohioans for Medical Marijuana, in a statement.