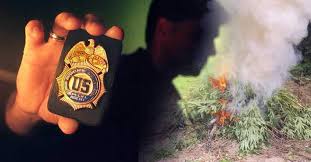 Efforts to legalize marijuana suffered a defeat in court Wednesday when a judge upheld the constitutionality of a 1970 federal law that classifies cannabis as a dangerous drug akin to LSD and heroin.

U.S. District Judge Kimberly J. Mueller, announcing her decision at a hearing in Sacramento, said she could not lightly overturn a law passed by Congress.

U.S. District Judge Kimberly J. Mueller held a five-day hearing about marijuana last year. (U.S. District Court)
Mueller agreed last year to hold an extensive fact-finding hearing on the issue, raising the hopes of activists seeking to legalize marijuana and worrying opponents who consider the drug a threat to health and public safety. The hearing marked the first time in decades that a judge was willing to examine the classification of marijuana under the 1970 Controlled Substances Act.

The Schedule 1 classification is for drugs that have no medicinal purpose, are unsafe even under medical supervision and contain a high potential for abuse. In addition to marijuana, heroin and LSD, other Schedule 1 drugs include Ecstasy and mescaline.

Mueller, an Obama appointee, announced her decision before issuing a written ruling, which is still pending. She considered the constitutionality of the classification in response to a pretrial motion brought by lawyers defending accused marijuana growers.

“At some point in time, a court may decide this status to be unconstitutional,” Mueller was quoted as saying on leafonline.com, a pro-marijuana blog that has been covering the case. “But this is not the court and not the time.”

Dale Gieringer, director of the California branch of the National Organization for the Reform of Marijuana Laws, said Mueller’s decision could not be appealed until after the criminal case against the growers was resolved. A trial is not expected until late this year or early next year.

“This is on a very slow train,” Gieringer said.

He said Mueller remarked that much has changed since marijuana’s classification but “a lower court judge has to follow the law.” He said last year’s hearing “showed the dysfunctionality of the current drug laws.”

Because of marijuana’s Schedule 1 status, federal restrictions make it difficult for researchers to obtain legal cannabis for study, advocates say.

NORML praised Mueller for “having the courage to hear this issue and provide it the careful consideration it deserves.”

“While we are disappointed with this ruling, it changes little,” said Paul Armentano, NORML’s deputy director. “We always felt this had to ultimately be decided by the 9th Circuit and we have an unprecedented record for the court to consider.”

Scott Chipman, Southern California chairman of a Citizens Against Legalizing Marijuana, said he was pleased with the ruling but found it “disturbing” that Mueller had even conducted a fact-finding hearing on the issue.

“There is a false sense that marijuana legalization is on the move, when we are seeing a huge pushback against legalization, particularly in small towns across the country,” Chipman said. “It is a seriously harmful drug that is much stronger than it was in the ’70s and is getting stronger by the month.”

U.S. Atty. Benjamin B. Wagner, whose office is prosecuting the marijuana growers, said he was pleased with Mueller’s decision.

The question before the judge, he said, “was not whether marijuana should be legalized for medical or recreational use, but whether decisions concerning the status of marijuana under federal law should properly be made in accordance with the science-based scheduling process set forth in the Controlled Substances Act passed by Congress.”