WASHINGTON –Jackie Doe triumphantly showed off her prize for standing more than two hours in line: a pair of small plastic bags containing a handful of marijuana seeds.

“I’m here because after all these years, marijuana is legal,” Doe, a retiree, said with a big grin. “I get to grow plants and don’t have to worry about jail…Finally, at 60, I can do it and just relax.”

If Doe turns out to have a way with plants, that is.

This is what legal pot looks like, District of Columbia style. Unlike in Oregon, where legislators earnestly talk about creating a marijuana industry with as much cachet as the state’s wine or craft beer, D.C.’s more limited pot law still faces big political hurdles just to survive.

District voters in November legalized the possession and cultivation of small amounts of marijuana by an overwhelming 70 percent, but Congress tried to stop the law from taking effect, and it did keep the city from creating a retail market.

“The arrests are ending but we still haven’t addressed the issue of sales,” said Adam Eidinger, a veteran political protester who has turned into the impresario of Washington’s sort-of-there marijuana legalization.

Washington’s struggles with marijuana law may be as atypical as the makeup of the district. With a population of about 659,000, D.C. is a city just slightly larger than Portland that wants to be state but is actually more like a colony.

Still, since members of Congress are intimately involved in Washington, what happens to marijuana in the district could end up influencing how lawmakers deal with federal restrictions on the drug.

Meanwhile, residents of the district – which like most of the nation’s large cities tend to have a thriving marijuana culture – are taking advantage of what they can get.

Adam Eidinger
So when Eidinger and other sponsors of the marijuana initiative set up two events late last month to hand out free pot seeds, they were mobbed. At least 500 showed up to the first “seed share” event one weekday evening at a restaurant in the city’s trendy Adams-Morgan neighborhood. Two days later, on a Saturday, some 2,000 waited patiently through snow flurries to get some seeds, a step the the average Oregon pot grower would skip in favor of using clones for plant starts.

“They’re what we have,” said Eidinger, who is social action director for Dr. Bronner’s Magic Soaps, a company that’s helped fund marijuana legalization and GMO labeling campaigns around the country.

“The number of people waiting here is reflective of the desire to follow other states” in legalizing marijuana, said Michele Hallman, a tax attorney. She was passing out fliers for a new business she’s involved in called GroBetter, which sells equipment for home pot cultivation.

“It’s not like the weeds in your backyard,” she warned. “It’s not that easy.”

At the head of the line, attorney Paul Zukerberg served as the volunteer legal observer for the event to make sure it stayed within the letter of the law.

Zukerberg said he used to make most of his money defending people arrested on marijuana charges but is happy to move on to other work.

A 2013 study by the American Civil Liberties Union found that Washington, D.C., had one of the highest arrest rates of any county in the country, with blacks eight times more likely to be arrested than whites.

As a result, he said, the marijuana campaign in D.C. was more about racial justice than in the four largely white states – Washington, Colorado, Oregon and Alaska – that have legalized the drug.

He gestured at the racially mixed crowd, which had the vibe of a mini-HempFest, saying, “Do they look like criminals, act like criminals?”

Just getting to the seed share hasn’t been easy for the city.

After the initiative was approved, key Republicans in Congress inserted language in a catch-all bill to stop legalization.

Rep. Andy Harris, R-Md., played a lead role in winning approval of the rider, which said the city couldn’t spend any money to “enact any law, rule, or regulation to legalize or otherwise reduce penalties” for marijuana. Harris, a physician, said the drug harms developing brains and that Congress had clear authority to stop the district.

In response, city officials refrained from beginning the process of setting up a retail system. But D.C.’s attorney general argued that the rider couldn’t stop legalization because voters had already enacted it. In short, the weed was already out of the barn door, the city argued.

Rep. Jason Chaffetz, R-Utah, who chairs the House committee that oversees the district, wrote a letter to newly elected D.C. Mayor Muriel Bowser warning that she would break the law if she went ahead with legalization.

You can go to prison for this,” Chaffetz told The Washington Post. “We’re not playing a little game here.”

In a dramatic City Hall press conference, Bowser, flanked by members of the council, announced that legalization would occur as planned one minute after midnight on Feb. 26.

The mayor’s defiance won her praise among her constituents — and after legal pot came to D.C., there was silence among Chaffetz, Harris and other supporters of the rider.

“It was just a matter of political posturing,” said Malik Burnett, a former surgeon who worked on the D.C. marijuana campaign. He and other supporters of the new law argued that the last thing House Speaker John Boehner and Senate Majority Leader Mitch McConnell wanted was to get in a long fight with D.C. that would brand Republicans as anti-marijuana.

Aides to Chaffetz and Harris didn’t return repeated requests for comment and, at this point, Chaffetz’s committee has not scheduled any further action on the issue.

Portland Congressman Earl Blumenauer, a Democrat leading efforts to remove federal restrictions on marijuana use, argued that politicians such as Harris have long made sport of beating up on the heavily Democratic district.

“As much as anything, it was an animus against the District of Columbia,” he said. “The district is still treated like a plantation.”

However, Blumenauer said, he’s finding increasing Republican support for a flurry of marijuana measures he and his allies have introduced.

“It’s not good for politicians or political parties to be on the losing side of an issue that is gaining momentum,” said Blumenauer, “particularly when everybody acknowledges that the future belongs to the under-35s.”

He noted that one poll – from the Pew Research Center in 2014 -showed that 63 percent of Republicans under 35 favor legalizing marijuana. (Among Democrats, the poll showed that 77 percent want it legalized).

Sen. Ted Cruz, R-Texas, who is now running for president, made news by reinforcing the new attitude many Republicans have toward marijuana. On the day, pot became legal in D.C., he told the Conservative Political Action Conference that it ought to be up to the states to decide how to treat the drug.

“If the citizens of Colorado decide they want to go down that road, that’s their prerogative,” Cruz said. “I personally don’t agree with it, but that’s their right.”

Marijuana advocates are now pushing Bowser and the city council to defy Congress and move forward with retail sales. The city could use reserve funds left over from the past fiscal year, which he argued isn’t subject to the rider. Bowser and the council haven’t signed on to that approach.

At the same time, nobody knows if Harris and his allies will add another rider to next year’s government funding bill attempting to knock out legalization.

Instead, D.C. now has the kind of legalization that Oregon will soon see, at least for a while. Possession of small amounts of pot will be legal in Oregon starting on July 1, but retail sales aren’t expected to start until late 2016.

In D.C., at least, it’s inspired a new enthusiasm for gardening.

“I think grow and give is a wonderful place to start for marijuana,” said Eidinger as he talked to a reporter in his home while smoking a joint.

He pointed toward the afternoon sun streaming through a south-facing window onto his miniature marijuana farm.

“I want people to grow,” he said, “wherever you have natural light in your home.” 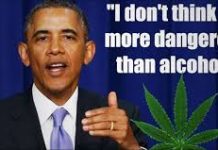 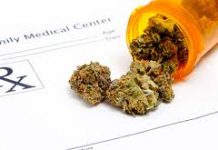 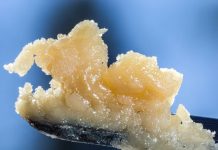