The closer I get to 30 the more wedding pictures pop up in my Facebook feed. For the most part they are all pretty similar, but an old college friend of mine and her new husband, Zoe Schreiber and Gregory Johnson, did something radically different — and they’re on to something. Wedding dabs might start burning up at weddings everywhere, and hopefully one near you.

Schreiber and I met while she served as president of the Mills College Chapter of Students for Sensible Drug Policy (SSDP). Shortly after we graduated she met and fell in love with her now husband, Gregory, who is a designer and fabricator of wood and metal. He designs everything from furniture to large installations at Burning Man. Schreiber works for a cannabis attorney in Oakland as a project manager. She says they handle everything from cannabis dispensary and cultivation entity formation, permitting, litigation, policy and general counsel. She says the work is “a fascinating aspect of the culture of cannabis and the pathway to legalization.”

Zoe and Gregory were married in a beautiful chapel on the campus of our alma mater. While the couple took the obligatory cake-cutting and hand holding at the alter photos, the dab photos have been an instant hit. I asked the newlywed about the nuptials and how they decided to highlight the dabbing in their wedding photos.

Angela Bacca: How did you get this fantastic idea?

Zoe Schreiber: We came up with it on our own. One night we were sitting and looking at wedding blogs going over traditions and I noticed the champagne sipping one that people do at their receptions. We aren’t drinkers and are daily dabbers so it just seemed right. Instantly we were excited for the idea. 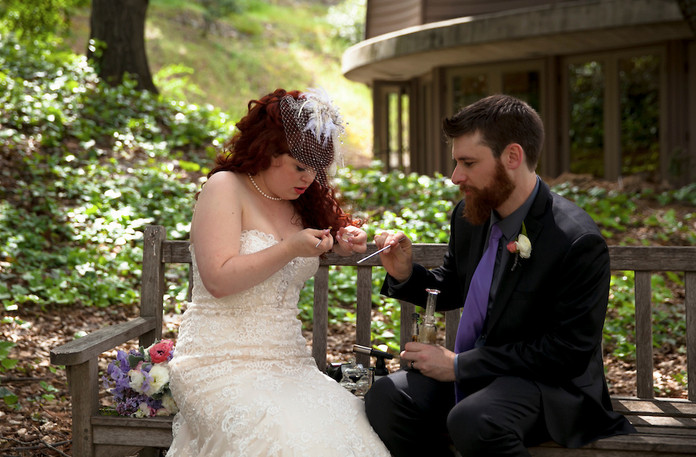 AB: Did you incorporate cannabis into your ceremony in other ways?

ZS: Unfortunately not, we took the time with our photographer while we were alone to get these pictures. Parts of our family are not tolerant of cannabis and we didn’t want to stir the pot. There was, however, plenty [of] vape pens being passed amongst our friends, even some family during the reception.

AB: How did you and your husband, Gregory, meet?

ZS: We initially made contact online but never had the opportunity to make plans. We ended up running into each other years ago at a burlesque show, keeping in contact but always in another relationship. Somehow the timing worked itself out and we finally started dating… and getting married. 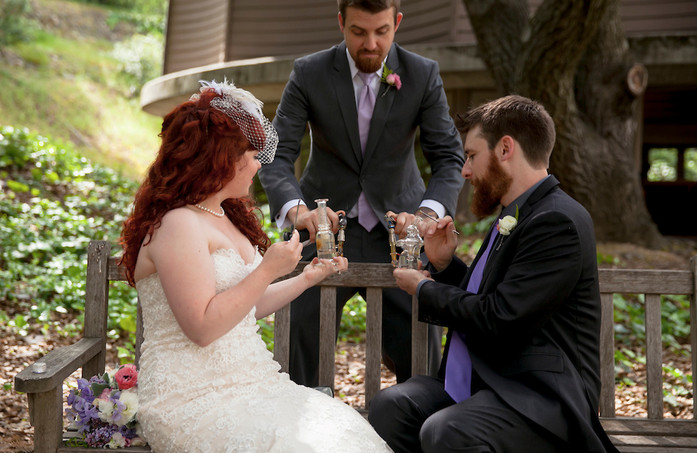 AB: Are you making a political statement with the pictures?

ZS: Like I said before, couples all the time carry out this tradition with champagne, what makes any difference that we are doing it with our medicine? 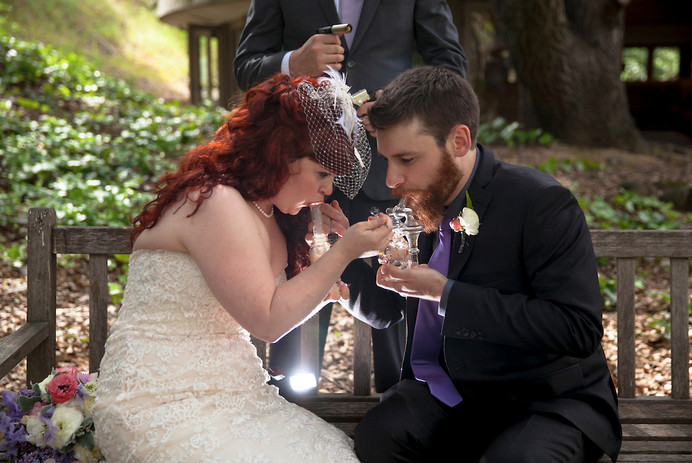 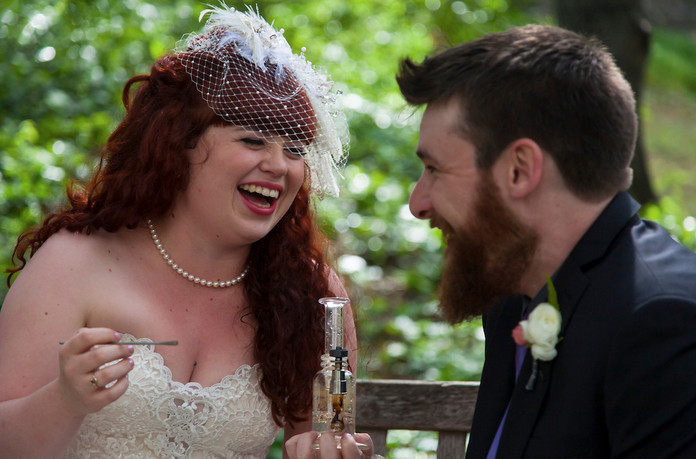