“I like to compare business opportunities associated with marijuana legalization with the success of businesses that grew out of the Gold Rush,” he says in a statement on the college’s website. “It wasn’t the miners who panned for nuggets who got rich. It was the people who sold them the picks, the shovels, made the blue jeans, opened the banks.”

In an interview with The Daily Signal, Ewart says there are a multitude of “ancillary” business opportunities associated with the legalization of marijuana. He decided to teach a class on capitalizing on these opportunities because of student and cultural demand.

He says young entrepreneurs often have a hard time breaking into an established industry, but a new industry could hold potential for them. He argues that this new industry comes with ready-made clientele.

The National Organization for the Reform of Marijuana Laws estimates that more than 14 million Americans use marijuana regularly “despite harsh laws against its use.”

As more states legalize pot, Ewart says there are business opportunities apart from actually selling it, such as accounting, law, financing and manufacturing jobs.

He cites a small business that operates in Colorado as a “petty cab service” that drives people to and from marijuana dispensaries so that their clientele does not drive under the influence.

Ewart stresses that his class “isn’t full of stoners.”

Ewart says he is apathetic about the legalization of marijuana, but simply wishes to provide his students with the tools they need to excel in a new opportunity.

“I don’t really care [about the legalization of marijuana],” says Ewart. “I don’t think it matters. I’m in the dream business. My students want to succeed, I’m providing them an opportunity to fulfill this dream.”

Ewart shared the story of a former student who had a difficult journey in her education, who sent him a note years later saying, “I became an accountant because of you.”

“That ‘because of you’ moment, that’s my interest,” says Ewart.

Ewart just wants his students to succeed, no matter how cliché it sounds.

“If I wanted to cash in, I would,” he jokes. “I could write a business plan.”

Ewart says his course is popular, and he plans to offer it again in the upcoming summer and fall semesters. He also wants to make it available online.

Ewart adds that he teaches several other classes—ranging from small business management to personal finance—that are “also very interesting.”

Cully Stimson, manager of The Heritage Foundation’s National Security Law Program, said that the marijuana industry is “quickly becoming the next Big Tobacco.”

“This is about greed and money, not freedom and personal liberty,” said Stimson. “It is not surprising that a community college, or any college for that matter, is offering a business course on Big Marijuana.”

Kevin Sabet, the director of the Drug Policy Institute and an assistant professor at the University of Florida College of Medicine, also expressed concern that the burgeoning legal marijuana industry could become as harmful as Big Tobacco.

“I think it goes to show you that marijuana legalization is not about hippies in Woodstock anymore,” said Sabet. “It’s about creating massive business opportunities, a la Big Tobacco. The question is, will we learn from our past of being deceived by a massive industry, or will history repeat itself? I hope its the former, lest lives once again be needlessly ruined.” 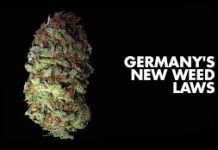 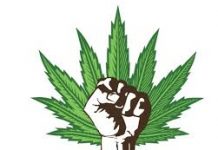