Marijuana and its use has been studied over the course of the last few decades more so than even many leading FDA-approved pharmaceutical drugs, with researchers categorizing the effects of marijuana to a much greater degree than many of the pharmaceutical drugs you or your family may currently be taking.

In a revelation that really demonstrates our scientific focus in the United States, where marijuana is still considered by federal law to be a dangerous and illegal substance placed in the same class as hard drugs like heroin, even mainstream media publications have begun calling out the strange doctrine of the medical community that pushes pharma drugs on the public at warp speed. This, all while scoffing at the use of ‘no high’ marijuana alternatives like the juicing of cannabis oil.

A quick search within the PubMed National Library of Medicine database for ‘marijuana’ turns up a host of studies, highlighting every aspect imaginable regarding the plant in its many forms. Some advocacy websites have even compiled hundreds of studies in an easy-to-read format surrounding marijuana, which has led numerous journalists to ask the obvious question: “why are we spending so much time researching an illegal drug for its numerous benefits while stamping side-effect-riddled drugs with the FDA stamp of approval with far less research?”

An analysis of 200 FDA-backed pharmaceutical drugs even found that almost 33% of approved drugs were granted the approval over a single piece of clinical study. 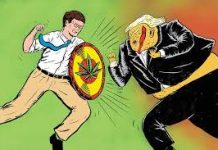 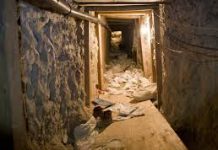 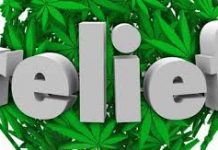