Wheat is the most planted cash crop in the world. Sugar cane has the highest yield, and it’s the most popular based on gross yearly production. But neither of those crops are nearly as lucrative as cannabis, which has by far the highest gross production value, as you can see in the visualization (courtesy of Information is Beautiful) below 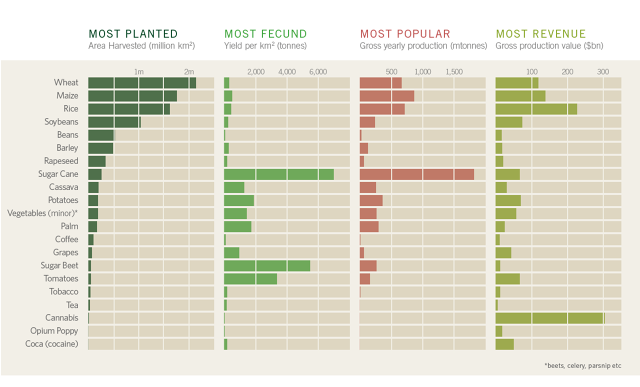 Cannabis is also the most lucrative based on value per square kilometer, followed by coca (the plant used to make cocaine), and opium poppy. Non-drug related crops, like potatoes, vegetables, and wheat, fall far behind. 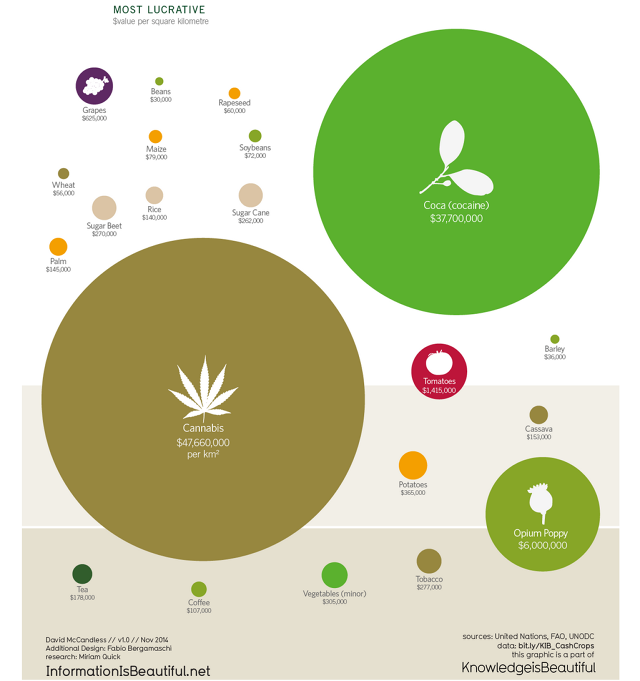 So legalization is bound to benefit today’s growers, right? Not necessarily. Legalized marijuana will increase marijuana consumption, but once cannabis can be produced out in the open, growers will probably start using the high-tech mechanized techniquesthat are common among large agricultural sectors. In fact, Big Ag will probably be only too happy to join the marijuana revolution once the legalization movement gets big enough.

This is all especially bad news for growers in California’s “Emerald Triangle”, where entire towns (and even counties) are dependent on the black market markup to keep their economies afloat. But legalization will certainly be beneficial for local governments. Already, Colorado is making more on marijuana tax revenues than on alcohol and tobacco: 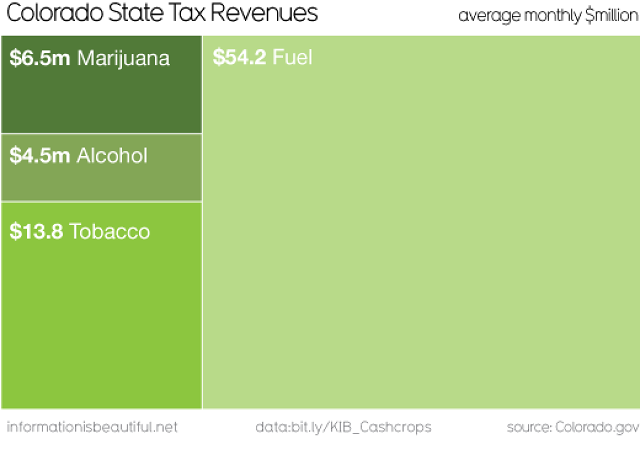