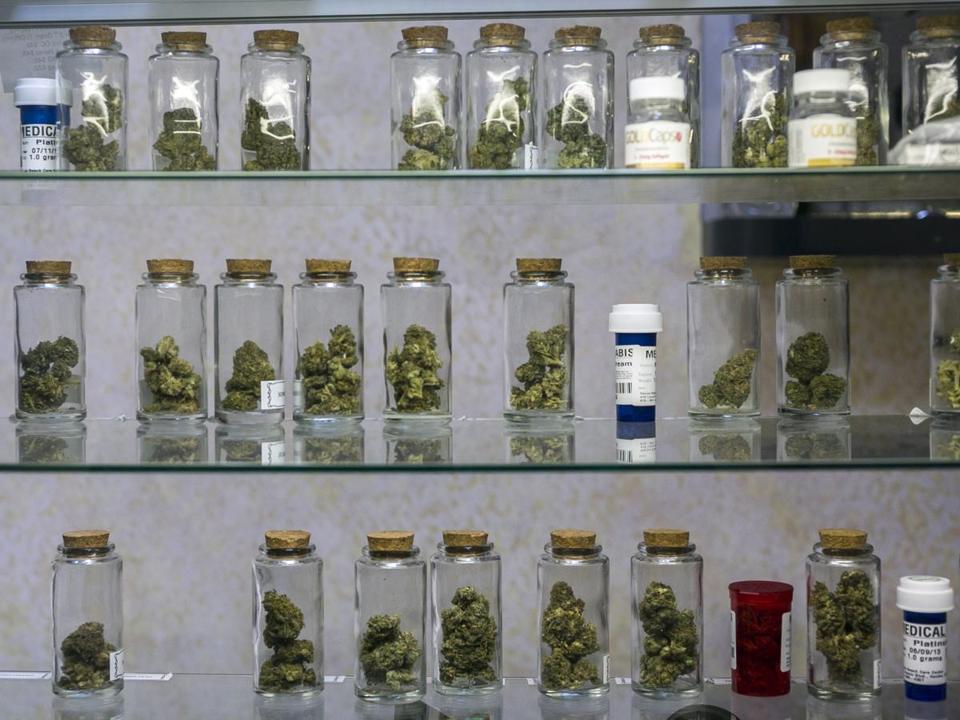 Four communities south of Boston could soon become the hosts of medical marijuana businesses, as groups across Massachusetts bid for the final approvals they need to enter the state’s fledgling pot industry.

Ermont is seeking to open a combined medical marijuana dispensary and growing facility in Quincy, while In Good Health is attempting to locate a combined facility in Brockton.

All told, the state Department of Public Health has granted provisional certificates for 15 dispensaries under the 2012 ballot law legalizing medical marijuana. Groups can gain final certificates to begin growing and selling once the DPH determines their facilities meet safety and other standards and they have secured all needed local permits.

The groups are bidding to reach the finish line even as a new administration is preparing to take office, raising the possibility of changes to the process.

Governor-elect Charlie Baker said last Tuesday that he wants to “figure out what to do” about implementation of the state’s medical marijuana law, terming it “problematic,” according to a report by the Statehouse News Service. Baker said that the process was more than a year behind schedule and that he was respectful that many patients have been waiting, the service reported.

In Quincy, Ermont would house its facility in 34,000 square feet of leased space in a commercial building on Ricciuti Drive, said its spokeswoman, Donna Rheaume. She said Ermont projects it would cultivate roughly 1,200 pounds of cannabis and serve about 2,000 patients in its first year.

“Right now, we are moving through the regulatory process with DPH,” Rheaume said, with a goal of opening the dispensary in late fall or early winter.

Ermont received a special permit from Quincy in October, according to Christopher Walker, spokesman for Mayor Thomas P. Koch. City officials and the group are finalizing a host agreement under which it would annually provide Quincy with 3 percent of its gross revenues, up to $500,000, to mitigate for the impact of its operation.

“They’ve been terrific to deal with,” Walker said of Ermont, noting that the group “clearly understood the city’s concerns and wishes, and to date they’ve followed through on addressing the issues the city has requested of them,” primarily involving safety and security.

In Brockton, In Good Health would house its operation in 16,000 square feet it is subleasing in a building at 1200 West Chestnut St. The group, which hopes to open in April, has its local permits and is now renovating its space, according to its spokesman, David Ball. It expects to serve 500 clients the first year.

Brockton and In Good Health are finalizing an agreement in which the group would annually pay the city 3 percent of its gross income, or at least $100,000, and another 1 percent to nonprofits in the city that serve people with substance-abuse problems.

MassMedicum would locate its Holbrook growing site in a 30,000-square-foot portion of a warehouse on Mear Road in an industrial area, and its dispensary in a planned 3,000- to 4,000-square-foot building in an east Taunton industrial park, according to Dr. James Kurnick, a spokesman for the group.

Kurnick said MassMedicum hopes to begin construction at both of its sites before the end of the winter, with a goal of opening the dispensary next September. The group is now consulting with the Holbrook Police Department on its planned security system as part of its application for a building permit for the work in Holbrook. In Taunton, it will be seeking a special permit.

MassMedicum signed a host agreement with Holbrook and is finalizing a similar one with Taunton. They call for each town to receive 2.5 percent, or up to $4 million, of the group’s annual gross sales, and then 3.75 percent of the gross sales above the $4 million figure.

Holbrook Town Administrator William J. Phelan said selectmen support the planned growing facility, believing that any negative impact would be “negligible” and that the town will benefit from the estimated $100,000 it would receive in annual payments.

In Plymouth, meanwhile, the William Noyes Webster Foundation seeks to grow its product in 19,000 square feet of leased space in a building on Industrial Park Road. The dispensary would be located in 2,400 square feet in a Dennis building.

The foundation had proposed housing its dispensary and growing facilities in separate sites in Dennis, but switched to the Plymouth site for the growing because its greater size would allow for more of the product to be cultivated in town, according to the group’s attorney, Valerio Romano.

The group reached a host agreement with Plymouth that would annually provide the town with up to $300,000 in different combined payments. It is currently developing an agreement with Dennis. Romano said the group is pursuing its permits in both towns with the hope of opening for business in the late summer or fall of next year.

Plymouth Town Manager Melissa Arrighi said there is overall support in town for the proposed growing facility. She said a general view was that “this was medically needed . . . that it was not recreational,” referring to medical marijuana. 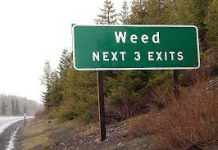 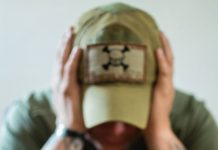 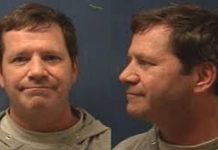 Watson was only kinda drunk…..