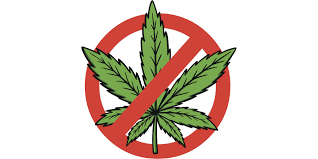 The Republican-led US House is using a crucial spending bill in an effort to block legalization of recreational marijuana in Washington, DC, where a ballot initiative last month received nearly 70-percent support.

The Republican-led US House is using a crucial spending bill in an effort to block legalization of recreational marijuana in Washington, DC, where a ballot initiative last month received nearly 70-percent support.

The appropriations bill, which needs approval from Congress and the White House to avoid a government shutdown, was posted online late Tuesday with a section that says the legislation”prohibits both federal and local funds from being used to implement a referendum legalizing recreational marijuana use in the District.”

District of Columbia voters approved Initiative 71last month, legalizing possession of small amounts of recreational marijuana for personal use while still outlawing retail sales. The federal spending bill allows DC to continue with efforts to decriminalize some amounts of marijuana, but it bars the city from using funds to enact legalization.

Laws passed by the District of Columbia are subject to congressional approval under the Home Rule Act of 1973, which allows for a local government in the city but demands any legislation passed locally be reviewed by the US House.

Congress – which holds no voting representation for the 600,000-plus District residents – can also bust DC laws through budgeting requirements, as it is doing with marijuana legalization.

Some marijuana reformers, though, say the language of the bill may still allow for the legalization measure to proceed. The text of the bill says no funds”may be used to enact any law, rule, or regulation to legalize or otherwise reduce penalties associated”with drugs illegal under federal law, as marijuana still is despite the increasing number of states passing legalization laws.

Angell said the point of confusion comes to whether Initiative 71 should be considered“enacted”on Election Day, or if“enacting”means the DC city council offering a proposal to Congress for review, which has not yet happened.

“I’ve heard good arguments on either side,and I think it’s up in the air now, especially since press reports from earlier on Tuesday quoted unnamed congressional staffers as saying the bill would allow DC to move forward with legalization. Ultimately, it may take a court case to decide what ‘enact’ means,”Angell said.

A congressional source told HuffPost that the bill would allow Initiative 71 to go into effect, but it would prevent DC from passing further laws that would set up a system of regulation and retail sales of recreational marijuana — moves incoming DC Mayor Muriel Bowser has requested from the city council before the legalization measure goes into effect.

Congress has a long tradition of meddling with laws passed and actions taken by DC’s government and voters. Using local funding for abortions, a clean needle-exchange program and legalization of medical marijuana are among recent efforts in the city thwarted by conservative leaders in Congress. The city’s medical marijuana legalization bill was passed in 1998 but blocked by Congress until 2010.

Mason Tvert, of the advocacy group Marijuana Policy Project, said it was“disappointing that some members of Congress are actually fighting to ensure authorities have no control over marijuana.”

Racial discrepancies in drug-crime sentencing and disproportionate numbers of black Americans caught up in the mass-incarceration era have been major impetuses for marijuana reform across the US, especially in a traditionally black-majority city like Washington, DC.

“In light of recent events in Ferguson and New York, it is particularly disturbing that Congress would choose to overturn the will of the voters in a majority black city,” said Dr. Malik Burnett, Policy Manager at Drug Policy Alliance and vice-chair of the DC Cannabis Campaign, which was instrumental in the passage of Initiative 71.

“DC voters chose to reform their marijuana laws, which have a direct impact on how communities of color interact with police. Congress is poised to undermine that.”

Initiative 71 would allow adults in DC who are 21 and older to possess up to two ounces of marijuana, grow up to six plants and provide marijuana to other adults 21 and older. Earlier this year, the city decriminalized possession of one ounce or less of marijuana.

Colorado, Washington state, Oregon and Alaska have recreational marijuana laws that allow for regulation and taxation of pot sales, the latter two states having joined DC by passing a legalization law in November. As for medical marijuana, 23 states and Washington, DC have laws permitting it at the recommendation of a doctor.

Some forecasts predict that Washington and Colorado, the only two states with legalization laws currently in place, could make more than $800 million from marijuana sales in the next several years.

In a recent poll conducted by Third Way think-tank, 67 percent of voters said they want Congress to pass a law that carves out a“safe haven”for states that legalize recreational pot use. Under such a law,“legal” states would be protected from federal legislation, which still classifies recreational and medical marijuana as illegal.
–
VIA RT 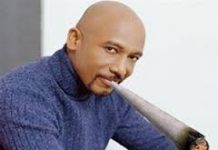 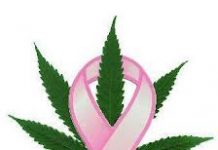 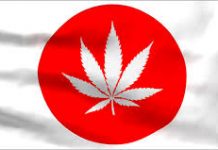 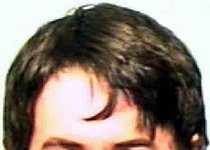