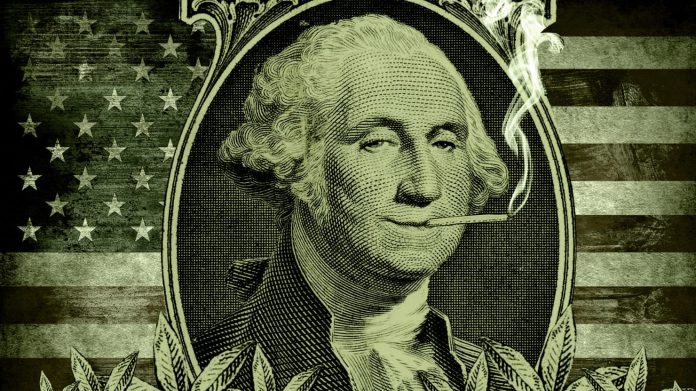 A majority of Americans want each state to decide its own marijuana laws and don’t want federal interference with those that legalize cannabis.

A report released Monday by centrist think tank Third Way says 60 percent of American voters believe states should decide whether to legalize marijuana. And 67 percent of Americans want a new federal law that would make states that legalize medical or recreational marijuana “safe haven” from U.S. laws against cannabis, as long as the states have a strong regulatory framework.

Four states and the District of Columbia have legalized recreational marijuana (although D.C.’s law still bans the sale of cannabis). Twenty-three states, as well as D.C., have legalized marijuana for medical purposes. But federal law continues to outlaw all uses of marijuana. The Obama administration issued guidance urging federal prosecutors to refrain from targeting state-legal marijuana operations. But guidance isn’t law, and can be changed.

Third Way proposes a federal “waiver” system allowing a state to act outside of federal law on marijuana policy without fear of prosecution. Those states would have to show the federal government that a robust regulatory system was in place and be re-evaluated periodically.

“This ‘waive but restrict’ framework would provide consistency and protect public safety more effectively than either current law or the other policy proposals on the table,” Third Way says in a report.

Federal laws against marijuana foster fear of prosecution by those compliant with their state laws, and put burdens on state-legal marijuana businesses, which often cannot open traditional bank accounts or participate in business tax and payroll services. Most banks refuse to work with marijuana businesses lest they be implicated as money launderers.

Some members of Congress have been working for years to reform U.S. marijuana laws. About a dozen bills were introduced in 2013 aimed at limiting the federal government’s ability to interfere with states’ legal marijuana programs. While Congress has failed to pass those bills, the House in May passed bipartisan measures aimed at limiting Drug Enforcement Administration crackdowns on state-legal medical marijuana shops, and at preventing the agency from interfering in states’ legal industrial hemp programs.

“A supermajority of Americans believe that federal policymakers have a role to play in this discussion, and that they should act to provide a safe haven from federal law for states that have already legalized marijuana and are acting responsibly to strictly regulate it,” ” the Third Way report says.