Samuel Wilkinson is a resident physician at the Yale School of Medicine. Last month, people voted to legalize recreational use of marijuana in Oregon, Alaska and the District. As the movement toward marijuana legalization continues, lawmakers and policy experts are looking to the experiments in Colorado and Washington for guidance. We should not overlook, however, valuable lessons from our experience with another legal drug: tobacco.

In the late 19th century, the landscape of tobacco consumption was very different than it is today. Tobacco use was much less prevalent, and cigarettes accounted for a tiny portion of consumption. Yet by the mid-20th century almost half of U.S. adults smoked, with major consequences for public health. Despite important health policy achievements since, cigarette smoking remains a major contributor to the top causes of death in the United States, including cardiovascular and lung diseases, as well as cancer.

This drastic rise in the prevalence of smoking can be attributed to a number of successful business strategies. Hand-rolling of cigarettes, a technique that limited production potential, was supplanted by machine manufacturing. Changes in the chemical composition and curing process of cigarettes made them more flavorful as well as more addictive. Aggressive marketing techniques sought to build a larger consumer base. Advertisements often featured doctors in an effort to quell public fear over smoking-related health concerns; other campaigns targeted children or adolescents, who represented potential lifetime customers. Finally, the industry created powerful lobbying groups to protect their profits from regulations aimed at curbing consumption.

Alarmingly, marijuana businesses are now mimicking many of Big Tobacco’s successful strategies. New methods of consuming marijuana (such as vaporization) are said to represent a healthier way to get high — though little research supports this claim — encouraging individuals to consume more marijuana in one sitting. The percentage of tetrahydrocannabinol (the euphoria-inducing compound associated with many adverse health effects) in marijuana is much higher than it was a few decades ago. Just as tobacco companies featured doctors in advertisement campaigns, marijuana advocates have appealed to medical authority by successfully lobbying in many places for the approval of “medical marijuana” for a plethora of conditions, even when little or no scientific evidence supports its use. While it is laudable that Colorado has placed restrictions on marijuana advertising, it is also disturbing that the marijuana industry quickly mounted powerful legal efforts to challenge these restrictions in court.

The formula for success in profiting from a legal drug is simple and has been clearly outlined by Big Tobacco: Identify a product with addictive potential, aggressively market it to as large an audience as possible, develop technical innovations to allow for and promote increased consumption, and deny or minimize potential costs to human health. The marijuana industry is poised to copy this formula, with dire consequences.

Important lessons can also be drawn from the Netherlands , where marijuana has been decriminalized since 1976. Following decriminalization, the Dutch government strictly enforced guidelines prohibiting advertising and transactions above a certain quantity (to discourage mass production and distribution). For about a decade, marijuana consumption rates remained stable. However, in the mid-1980s, waning enforcement of these guidelines coincided with a drastic increase in both the commercialization of marijuana and rates of consumption. The overriding lesson from the Netherlands is that it was commercialization, not decriminalization itself, that led to sharp increases in use.

If we are intent on legalizing marijuana for recreational use, lessons from the tobacco industry and the Dutch marijuana experiment suggest that we do so in a way that does not pit corporate incentives against the interests of public health. Similar to efforts in Uruguay, production and distribution should be done solely by the government so as to ensure that there is no corporate incentive to entice more people to consume marijuana in larger quantities. Advertisements in all media venues should be banned, or as stringently regulated as allowed by law.

While the health effects of marijuana are generally not as severe as those of cigarette smoking, the consequences — including addiction, psychosis and impaired cognitive abilities — are nonetheless real. Notably, these effects are most pronounced in children and adolescents. Claims that marijuana legalization will make it easier to prevent use by minors are not backed by scientific or historical evidence. The most prevalent drugs consumed by teenagers are those that are legal: alcohol and tobacco. This should give us pause to consider the optimal way to legalize marijuana — and indeed whether other states should consider legalization at all. 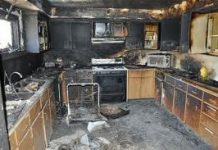 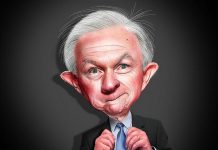