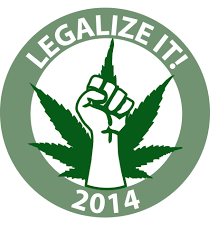 The elections are scheduled for Tuesday, November 4, 2014.

Which is why we brought this page to life: to raise awareness of the upcoming elections and to encourage people to go out and vote in the 2014 Marijuana Ballot Initiatives!

Do you live in one of these four states? Make sure to check out and find out how to help the individual campaigns: