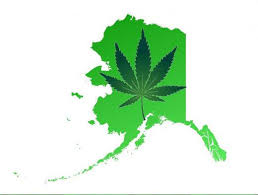 Snoop Dogg, the “Drop it Like it’s Hot” hitmaker, has pledged to play a concert in Alaska if they vote to legalise marijuana on November 4, and insisted it isn’t just “a bunch of thug dudes” wanting the drug decriminalized.

The rapper has pledged to perform a concert if the state decriminalise the drug – and he revealed he’ll be “bringing some of that California” to mark the occasion.

Speaking to US TV star Charlo Greene on his GGN webcast, he said: “If we get y’all to vote yes on Proposition 2, Snoop Dogg is coming to Alaska to do a concert, a wellness retreat concert, and I’m bringing some of that California with me to celebrate.”

Snoop – who was discussing the long-term initiative ahead of the state’s vote on November 4 – added the mission to legalise marijuana was going beyond “a bunch of thug dudes” and becoming “multicultural”.

He explained: “Now, we got people like yourself standing up. You show that it’s multicultural.

“It’s not just a bunch of thug dudes that’s trying to push weed, but it’s women, and they speak with intelligence and they speak from a right frame of mind.
–
VIA