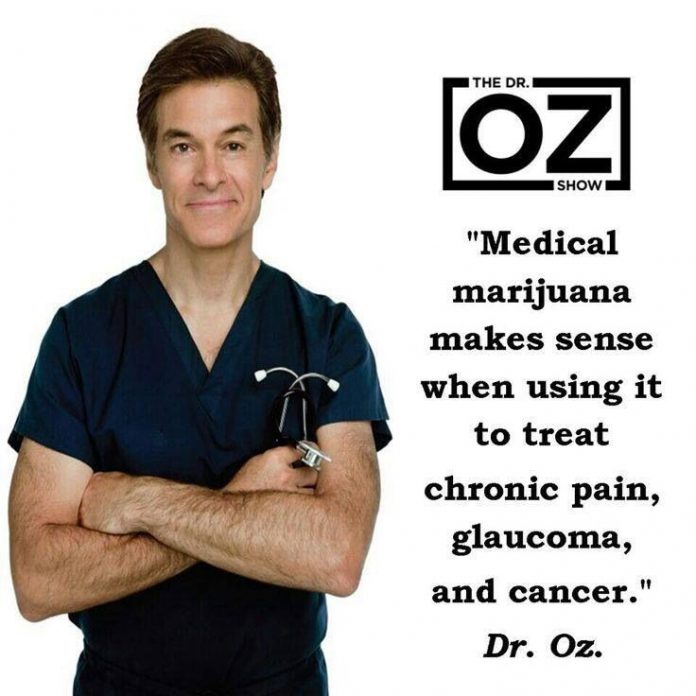 BY MIKE ADAMS
The issue of medical marijuana has managed to achieve a great deal of coverage and support through the credible voices of celebrity physicians like CNN’s chief medical correspondent Dr. Sanjay Gupta, who has made it his mission to spread the good word about the healing benefits of marijuana. Now it appears as though Dr. Mehmet Oz has decided to hang out with the cool kids.

Earlier this week, Dr. Oz made an appearance on “Larry King Live,” during which King asked him if he had changed his mind about marijuana. “I have,” Oz replied, explaining to King that his beliefs surrounding marijuana have matured. “I grew up like most of my generation believing that marijuana was something Satan was throwing at Americans, a communist plot. But I think most of us have come around to the believe that marijuana is hugely beneficial when used correctly for medicinal purposes,” said Oz.

Not only is Oz willing to stand in support of marijuana for medicinal purposes, he seems to encompass the moral mindset of most cannabis supporters, in which there is a sense of responsibility in establishing regulations that will keep weed out of the hands of children. Yet, it may take awhile before Oz is ready to get on board with the idea of full legalization. “We pervert its use at times,” Oz continued. “I don’t think it should be widely used, certainly not by kids, because that creates a dependence that is unhealthy in any setting. But it absolutely should be widely available in America [for medical use].”

There is a definite shift in the opinion of medical marijuana here in United States. Unfortunately, even though 21 states and the District of Columbia have legalized medical marijuana, Americans will not be able to relish in the full potential of cannabis medicine until the federal government decides to remove the herb from its Schedule I dangerous substance classification.