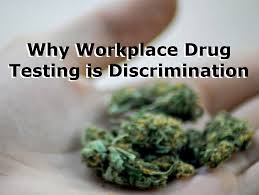 A woman in New Mexico is suing a company she says fired her for failing a drug test, even though she had a state-issued medical marijuana card. The ex-employee, Donna Smith, says Presbyterian Health Services’ decision to terminate her violates the New Mexico Human Rights Act, which prohibits discrimination against people with serious medical conditions.

Smith’s attorney, Jason Flores-Williams, argues it’s “absolute hypocrisy” to punish employees for outside-work use of doctor-advised marijuana, but not alcohol, Adderall, or antidepressants. Smith, a physician’s assistant, was diagnosed with post-traumatic stress disorder in 1997 after serving in the military.

Presbyterian says it did nothing wrong, and was just following federal guidelines on protecting its other employees’ rights. “Presbyterian is committed to patient safety and we believe that a drug free workplace is a key component,” PHS Senior Vice President Joanne Suffis said in an e-mailed statement. “The use of medical marijuana is not recognized by federal law and Presbyterian has a mandate under federal law to provide a drug free workplace.” (Update: In an e-mail, Presbyterian’s communications director Kristen Krebs clarified that Smith was hired through an outside staffing agency. “Upon learning of the positive test for marijuana, Presbyterian informed the staffing agency that we did not wish to continue her assignment at Presbyterian,” Krebs writes. “Presbyterian did not ask Ms. Smith’s outside staffing agency to terminate its employment of her.”)

STORY: Even Pot Dealers Need Insurance. The Problem Is, Where to Get It?
Smith’s is the latest in a series of suits involving workers who say they were fired for using medical marijuana in the 20 states that allow it. Those conflicts could presage similar controversies in states that legalize recreational marijuana. While certain states, like Arizona, offer specific protection against getting punished at work for using medical marijuana at home, most don’t. In a pending Colorado Supreme Court case, justices will have to decide whether that state’s ban on firing people for “lawful activity” outside of work (a ban only a few states have) applies to medical marijuana, which remains illegal under federal law.

By citing anti-discrimination protections, Smith’s case goes the other way, and seeks status specifically for pot smokers with medical conditions. The strategy has been tried before, without success: In 2012, the Ninth Circuit Court of Appeals rejected (PDF) a lawsuit from medical marijuana users brought under the federal Americans With Disabilities Act, but that decision was based on language in the ADA specifically stating it doesn’t protect illegal drug use.

“As far as medical patients are concerned, a lot of these people aren’t able to work unless they’re using marijuana—and then they’re prevented from working once they’re using it,” says Jessica Gelay, the Drug Policy Alliance’s policy coordinator for New Mexico. Win or lose, Gelay argues, cases such as Smith’s demonstrate why medical or recreational marijuana laws should include employment protections for at-home marijuana use. “As long as they’re not coming to work impaired,” says Gelay, “it should be none of the employer’s business.”