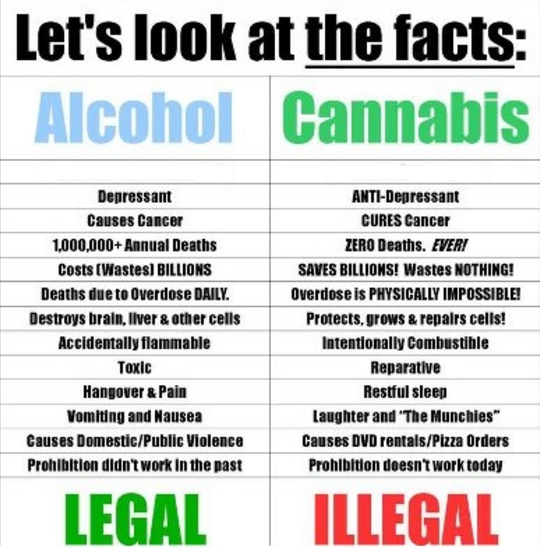 DENVER – The gold rush of legalized marijuana in Colorado and Washington is creating a confusing market of goods and services, from illegal Craigslist pot deliveries to a marijuana vending machine and a food truck selling pot-infused sandwiches.

While recreational marijuana sales are legal in both states, the marketplaces are surrounded by a web of laws and regulations intended to keep buyers paying taxes and transactions aboveboard. But with tens of millions of dollars in profits up for grabs, entrepreneurs are flooding the market with products and services operating in a gray area. Some ventures are completely illegal but the vendors escape prosecution by trying to stay low key. Others grab headlines that are misleading at best.

Craiglist is filled with advertisements for marijuana-delivery services in the Denver area. The ads insist they’re offering a legal service: “Please do not flag! Amendment 20 and 64 compliant,” referring to the state’s medical and recreational marijuana laws. But Colorado law requires marijuana sales to occur inside licensed stores.

These services get around that requirement because the law also allows adults to give marijuana to other adults for free and without any “remuneration.” So the delivery services simply ask for a voluntary donation or a tip. Is it legal? Nope.

“it doesn’t matter how anybody characterizes it,” says Denver Police Cmdr. Mark Fleecs. “They’re trying to make a buck and they can’t do that. It’s all illegal.”

But what can you expect from an industry that remains entirely illegal in the eyes of the federal government?

“We’re right on the cusp. Unfortunately, the people who have been in the industry … were criminals. If you had any experience in growing marijuana, you were illegal. You were a criminal,” says Craig Ellins, CEO of GrowBlox Sciences, a Las Vegas-based company that makes marijuana-growing equipment. “So what did they expect when the industry changed? But now real companies are coming in.”

Ellins said the nascent marijuana industry today is much like the early days of legalized gambling in Las Vegas. Traditional companies wouldn’t back casinos trying to shed their mob-connected ways and no one else would consider legalizing them. Today, casino companies are publicly traded on Wall Street, and dozens of states have legalized gambling in one form or another.

“A year ago it was much harder,” Ellins said. “All of a sudden, people on Wall Street and Main Street are saying this is something real.”

A marijuana vending machine as seen at the medical marijuana store Herbal Elements in Eagle-Vail, Colorado. When working, when working, allows patrons to buy marijuana products under the oversight of a store clerk. The machine?s manufacturer is testing out the technology, and drew international attention with a non-functioning demonstration earlier this year. [Via MerlinFTP Drop](Photo: Trevor Hughes, USA TODAY)
The marijuana industry is drawing huge attention because there’s such a large existing market, says Mike Elliott of the Marijuana Industry Group, a Colorado-based pro-marijuana lobbying organization. Elliott says the rush by businesses into the legalized marijuana market is much like the gold rushes that helped populate the West.

In some cases, marijuana sellers take advantage of the media’s unsophisticated understanding of the laws. In Colorado, for instance, a marijuana store received national headlines when it installed a first-of-its-kind pot vending machine.

But most of the coverage missed the fine print: The machine is located inside a medical-marijuana store, which means only Coloradans with a special state card can buy from it. Tourists aren’t allowed, and a store employee supervises purchases, which can made only after scanning a valid driver’s license. And on a recent visit by a USA TODAY reporter, the machine simply didn’t work.

Or take the Washington-based Samich Truck, a converted school bus selling marijuana-infused sandwiches that was dreamed up as a publicity stunt by a company that makes marijuana-oil machines. The $20 treats range from nut-butter spread and banana on artisan bread to the “Danks-giving,” a smoked-turkey sandwich with stuffing and gravy. The truck has drawn headlines across the country, but there’s a catch: It’s illegal for a food truck to sell marijuana-laden food to recreational users in either Colorado or Washington state.

The truck last month got around those rules by setting up shop inside a medical marijuana farmers’ market, which was open only to medical marijuana patients. And it gave away free samples in Denver earlier this year – but only to people who had bought tickets to a special marijuana festival and were considering buying the company’s Magical Butter machines, which mix butter or oil with marijuana to create a powerful drug that can be turned into salad dressing or even soup.

“In the future, we won’t have to jump through so many hoops. I’m looking forward to that day,” says Garyn Angel, the CEO of Magical Butter, which sponsors the truck. Angel says he has consulted with lawyers and industry experts and is confident he’s not breaking any laws. But he acknowledges there are legal gray areas that his truck must carefully thread to avoid getting shut down.

“We like to think we’re on the very compliant side,” he says. “We’ve built a very legitimate company, and there’s a lot at risk. We want to make sure that legalities aren’t what takes it away from us.”