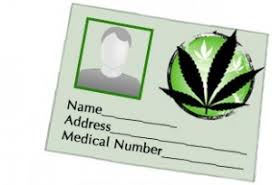 PHOENIX — A Pima County Superior Court judge may have paved the way for the state’s more than 52,000 medical marijuana users to get into business of selling the drug, at least to each other.

In a ruling earlier this month, Judge Richard Fields threw out charges filed by prosecutors against Jeremy Matlock, ruling that the wording of the 2010 voter-approved law does not make what he did illegal.

Fields conceded the statute is poorly worded and subject to interpretation.

But the judge said the language of the statute is so vague that it could be read that medical marijuana users can sell to other users without fear of breaking the law. And that, Fields wrote, means Matlock could not be prosecuted for what he did.

At this point, the ruling affects only Matlock.

But Kellie Johnson, the chief criminal deputy for the Pima County Attorney’s Office, said her agency plans to appeal. And if higher courts say Fields got it right, that would set precedent for the entire state.

That possibility has alarmed state Health Director Will Humble.

He said it is not his job to enforce criminal laws. But Humble said the ruling undermines his ability to take away medical marijuana cards from patients who he believes are illegally selling the drug.

And Johnson said that, if nothing else, prosecutors statewide need some guidance on what the law actually allows.

Matlock was indicted last year on charges of illegally selling marijuana. That followed his posting an ad on Craigslist offering to give medical marijuana to other cardholders but seeking a donation of $25 per plant.

In court filings, his attorney, Sarah Bullard, a deputy Pima County public defender, pointed out that Matlock has a card from the state that allows him to possess the drug.

More to the point, Bullard argued that her client did nothing illegal. She said the Arizona Medical Marijuana Act specifically permits him to transfer marijuana to any other medical marijuana patient.

Johnson said prosecutors read the law to only allow patient-to-patient transfers if no money changes hands.

That left it up to Fields to interpret a 59-word sentence — one without a single comma or other punctuation — to determine what is and is not legal.

With that language unclear, Fields looked to another provision in the same law which makes it a crime for any medical marijuana cardholder to sell the drug “to a person who is not allowed to possess marijuana for medical purposes.’ By extension, he said, the law “necessarily implies that a qualifying patient can sell marijuana’ to someone who is entitled to use it.

Beyond that, Fields noted that 59-word clause implies that to violate the law someone needs to do two things: transfer marijuana for something of value and also know that the buyer will be getting more than the 2 1/2 ounces of the drug to which Arizona law entitles users every two weeks.

“In this case, the defendant did not transfer more than the allowable amount,’ Fields wrote, with Bullard saying the undercover police officer left with only three immature plants. “There is no way to meet the ‘knowing’ element.’

Fields said his conclusion was necessary because of the way the initiative was written by the groups supporting medical marijuana.

“The fact of the matter is that the statute is very poorly drafted and needs a lot of work,’ he wrote. “This court finds that the statute is ambiguous, does not give a person of ordinary intelligence notice as to how it can be violated, and therefore the indictment is insufficient as a matter of law.’

Humble said the ruling could undermine a key point in what voters approved in 2010 that allows those with a doctor’s recommendation and a state-issued ID card to obtain up to 2 1/2 ounces of marijuana every two weeks. The health director said he believes voters narrowly approved the law at least in part because patients would have to obtain the drug from one of several dozen state-regulated dispensaries.

He said Fields’ ruling, unless overturned, creates all sorts of enforcement problems. Humble said it sets the stage for someone who obtains marijuana from elsewhere, perhaps from another state or even Mexico, to set up shop without fear of prosecution or the loss of his or her own medical marijuana card.
–
Via Verde News