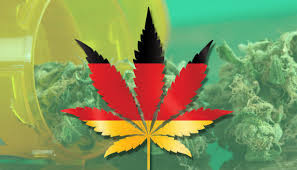 Germany allows seriously ill patients to grow their own cannabis

Why should any patients be denied access to cannabis for preventative care? -UA

(Reuters) – A German court ruled on Tuesday that some people suffering from chronic pain should be able to cultivate their own cannabis “for therapeutic purposes”.

Five people suffering from chronic pain brought the complaint to a court in Cologne after Germany’s Federal Institute for Drugs and Medical Devices (BfArM) refused them permission to grow the plant at home.

The court said the BfArM had to reconsider three of the requests that it had rejected.

While the plaintiffs all had permits to buy and consume cannabis for therapeutic purposes, they wanted to cultivate their own because they could not afford to purchase the drug and their health insurance did not cover it.

The court said three of the plaintiffs met the requirements to produce the drug because it was “sufficiently certain” that third parties would not be able to access the plants and products.

“Until now it has not been legal for anyone to grow cannabis at home but these seriously ill people will now be allowed to,” court spokeswoman Stefanie Seifert said, adding that it nonetheless remained illegal for others to grow it.

“This is not a carte blanche for everyone to start growing cannabis at home – they have to be seriously ill people for whom nothing else works other than cannabis.”

The complaints brought by the other two plaintiffs were rejected – the first because the court was not satisfied that unauthorized persons could be prevented from accessing the plants and the second because the court did not think the plaintiff had exhausted all other treatment options.

The court stressed that it was necessary to assess whether individuals met the requirements to grow their own cannabis on an case-by-case basis.