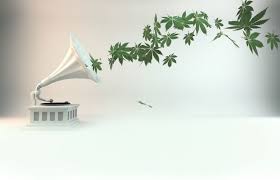 Music inspires us, in many ways. It helps us create, and when used properly the music can make you feel no pain. People from all ages and walks of life can agree, cannabis and music are some of the best mediums for unifying people of various cultures and lifestyles. In this interview we take a glimpse into the hip hop careers of three hard working, passionate and tough puffing musicians from across the U.S.; Dj Slim, Burnt M.D., and Ponyboy Los Marijuanos. As the Hemp Hop movement grows we talked with these three MCs because of their roles as activists in the cannabis movement. They have dedicated time and have risked their freedom for the underground cannabis culture. As MC’s they have tirelessly strived to build a mastery of albums and have influenced the cannabis movement each in their own way, politically and lyrically. From hosting and founding countless events, to flawlessly rocking stages from coast to coast, these guys know what what it takes to be successful, all the while staying completely medicated with the best dank grown today. We are thankful to call all three of these artists our friends.

BN You created a song called “Utilize Your High” what is your opinion on the stigma of a “lazy stoner?”

DJ Slim Well the stigma of a lazy stoner is that they are unproductive, day dreamers with no ambition or drive to get ahead in life. I can’t lie I do know several weed smokers that fit that stigma.On the other hand I have friends that I smoke weed with, and they are some of the most intelligent weed smokers you would every want to meet. I’m referring to doctors, lawyers, first responders, financial brokers, all the branches of the military, as well as leaders of major organizations and corporations. I met many of them during my music travels and they smoked almost as much weed as I do. For them utilizing your high is an understatement. Marijuana is what has helped them to focus on what they needed to do to achieve the success they have today, especially because some of those people also had an illness or physical disability which made what they were trying to do even more difficult.

BN How many music awards have you won, been nominated for and what were they?

BN What does freedom mean to you?

BurntMD Freedom is a prism of perception. We have free will as human beings, however do we have freedom as individuals, and if we do, is that freedom pure? Why is it that in a ‘free country’ the most heavily populated entity is the prison industrial complex? Freedom is not free and you have to be dumb to mistake it. Freedom comes with a cost; you must spend time respecting yourself & your surroundings in order to allow everyone the same rights of freedom.

BN Do you think other states are going to follow Colorado and Washington’s full on legalization of cannabis, and how do you see this affecting the cannabis industry in the future?

BurntMD Great question. I think many states are afraid to address the question of whether or not marijuana is not only a gateway drug but also itself simply a big bad criminal enterprise. This may be a ‘free’ country, though it is run by many Christian principles, and how could you be a god-fearing, church going, war hawk, if you allow your citizens to use drugs? Want my real answer? I think that the government is laxing its view on marijuana simply to allow the citizens of our country to pull the blinds over our eyes. Keep us high while they are blatantly defiling our great constitution, keep us on prescription drugs so we continue to fund their wars while we are too stoned to do anything about it. Continue to teach our children methods of falling into society rather than harvesting independant thinkers. Poor states will utilize the cannabis industry to help fund there failing systems, I am not sure if the actual facts will ever be the reasoning behind the legalization of marijuana. Alcohol & cigarettes are legal though they have no benefits. Though we may be rebels with a cause, we must govern the chaos that binds us together, we must be founded on ethics, morals, and people care; not a money laundering profiteering scam. If you havent heard it yet today, I love you, and you are not alone. Growth Till Death; Kill The Disease…Spread the cure. One Love. – MD

BN When did you begin working with Jack Herer and how did he influence you personally, and your career?

Ponyboy I first met Eddy Lepp in Amsterdam while performing at the Cannabis Cup for the first time, he introduced me to Jack Herer. They schooled me on the power of the plant and all its great properties. They showed me how the war on drugs is really a war on people and not for the good of society as they claim. They helped me realize that I had the power to reach people thru my music and that I should use that influence in a more positive way and stop rapping about gang banging and all the negativity. They taught me so much and I dedicate my new tracks to the patients, the growers, the families, the victims of the drug war as well as the smokers and tokers.

BN What is your definition of “Hemp Hop” and where did it originate?

Ponyboy Hemp Hop is conscious marijuana music that promotes the many uses of the plant and not just talking about getting high. It stems from the teachings of Jack Herer’s Book, “the Emperor wears no clothes” which everyone needs to read! Buy a copy or read it for free at www.jackherer.com .

BN What advice can you offer future freedom fighters who want to help end prohibition completely?

Ponyboy Help out whenever and however you can! Stick to your guns and don’t be phony. If you are planning on becoming an activist get ready for a fight. Join a local organization that is fighting the same fight; groups like NORML, ASA, THCFC, SAFER, LEAP, need more supporters! All of them are a lil different so make sure you find one that you identify with, some groups are more active in some regions more than others so it’s important to do you research. Volunteer to help out at events and get to know the community. Freedom Events like the Boston Freedom Rally and Seattle Hempfest depend heavily on volunteers so get in there and do your part! It’s not an easy battle and we desperately need more soldiers fighting the good fight, if we ever plan on changing these absurd laws.