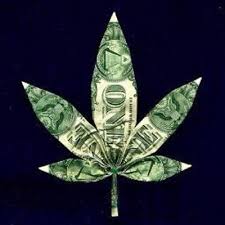 A Denver medical marijuana company without a bank account is suing the Internal Revenue Service over fines the government has levied because the business has to pay federal employee withholding taxes in cash, The Denver Post reports.

Allgreens LLC and other legal marijuana businesses are assessed a 10 percent penalty for paying with cash. The IRS requires the tax be paid by bank wire, but banks haven’t been willing to work with the pot industry because the drug remains illegal under federal law. Algreens’ case is before the U.S. Tax Court.

The IRS told Algreens it could give the money to a third party, which then could pay the withholding taxes via a bank wire. Rachel Gillette, attorney for Algreens, told the newspaper that’s “the very definition of money laundering. It’s absurd. An alternative should not force a taxpayer to engage in a potentially unlawful activity under a federal statute.”