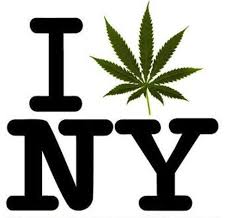 Now that the legislature has passed the bill, it’s up to Gov. Andrew Cuomo (D) to sign it. He was obstructing the bill earlier in the session, but the legislature made several amendments in order to reach a compromise and the governor has indicated he will support it.NewYork_MMJ

Since 2003, MPP has been lobbying alongside allied organizations, patients, and other citizen activists to bring about this victory. Over the last 11 years, MPP has spent nearly $750,000 to pass a medical marijuana law in New York State.

In the early days, we recruited a coalition of more than 1,100 physicians in New York State who endorsed MPP’s legislation. We announced this coalition in a full-page ad in the Albany Times, which made a big splash in the state capitol.

And just a couple weeks ago, MPP produced and aired a pair of TV ads that urged Senate co-leader Dean Skelos (R) and Gov. Cuomo to pass the measure this year.