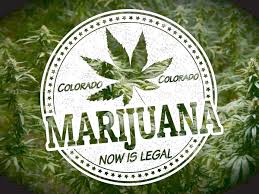 Colorado’s cash crop is turning out to be even more lucrative than officials could have hoped.

According to his latest budget proposal, Gov. John Hickenlooper expects $1 billion in marijuana sales over the next fiscal year. That means nearly $134 million in taxes and fees for the state of Colorado. Sales from recreational shops are expected to hit $600 million, which is a more than 50% increase over what was originally expected.

Where it’s going: The first $40 million of that revenue is required to go toward new school construction, but that means there’s plenty left over. But that doesn’t mean Coloradans will see marijuana-backed roads or facilities or tax breaks anytime soon.

Hickenlooper has proposed using much of the remaining money on drug prevention and rehabilitation efforts: $45 million for youth marijuana use prevention, $40 million on substance abuse treatment, $2 million on a campaign against stoned driving and $2 million more for regulation of the pot shops.

With a lineup like that, it seems Hickenlooper (who originally opposed reform) doesn’t think residents have completely accepted legal marijuana yet. It may seem frustrating to lose out on tens of  millions in state funding for youth drug prevention — how long have we been doing that? — but it’s also a way to mitigate to concerns of those who still might not trust the landmark policy.

“Our administration is committed to the responsible regulation of adult-use marijuana and the effective allocation of resources to protect public safety and health and to prevent underage use,” Hickenlooperwrote in a letter attached to the budget proposal. “Indeed, we view our top priority as creating an environment where negative impacts on children from marijuana legalization are avoided completely.”

Marijuana industry groups, who know which side their bud is buttered on, have supported the taxes as well as the governor’s plan to use revenues for the assorted drug issues.

Crime is down, approval is up: Despite Maureen Dowd’s difficulties, Coloradans are increasingly happywith their vote to legalize. Hickenlooper said in April that the state didn’t have “buyer’s remorse,” though he cautioned it would take a year or two to fully see the effects.

Robberies in Denver have dropped 4.8% from the first four months of this year to the same time period in 2013, while assaults fell by 3.7%. No one can point to a crime drop like that and say “this is because of legalization,” but the decline at least tells us the city hasn’t turned into some nightmarish hellscape because there are pot shops on some of the corners.

There are a few concerns still remaining — including regulating edibles and addressing the dangerous practice of home-cooking hash oil — but so far legalization is shaping out to be a $1 billion success story.