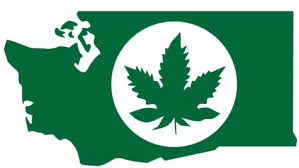 BRUSH PRAIRIE, Wash. — Tom Lauerman grows vegetables – sugar snap peas, corn, potatoes, salad mix — on his five-acre farm in Brush Prairie, Wash., that supplies a handful of families with fresh produce through the summer and into the fall.

But vegetables don’t pay the bills. So Lauerman, a 54-year-old surfer who’s smoked cannabis since he was 12, decided to turn his small marijuana grow into a commercial one.

As part of that effort, Lauerman, known by friends as Farmer Tom, has gotten savvy about self-promotion, posting pictures of his freshly planted cannabis on Instagram, designing trading cards for some of his strains and uploading videos about his operation to his Facebook page.

Now Lauerman is opening up his medical marijuana farm, which he calls Garden of the Green Sun, to visitors, hoping Washington’s nascent cannabis tourism industry is a boon to growers.

Lauerman paired with Kush Tourism, a Seattle based marijuana-centric travel company, to organize and promote the tours of his farm, which cost $75 a person and include a walk through two greenhouses, a tour of the vegetable farm and a talk by Lauerman about organic farming practices.

Cannabis farmer Tom Lauerman offers joints to tour goers at start of pot farm tour
Cannabis farmer Tom Lauerman, who is offering tours of his pot grow for $75, offers joints to the group at the start of the tour. The tours at his Clark County location will run weekly through September.
“One of the goals of the tour is to bring people behind the scenes and let people talk to these folks,” said Michael Gordon, the 26-year-old entrepreneur behind Kush Tourism. “Any negative stigma is going to disappear. People are going to realize these are normal, hardworking people.”

For now, Washington state’s tourism industry is taking a cautious approach to the potential for marijuana-related tourism.

The issue of where the shops can locate remains controversial. For instance, Washington has set aside six retail marijuana business licenses for Vancouver, but the shops are not permitted in unincorporated Clark County.

“From a tourism perspective, this means there are parts of our regional destination where pot is effectively banned and does not present a draw to visitors,” said Jacob Schmidt, a spokesman for Vancouver USA Regional Tourism Office in an emailed response to questions from The Oregonian about the agency’s position promoting marijuana-related tourism.

Cannabis farmer Tom Lauerman, who is offering tours of his pot grow for $75, offers joints to the group at the start of the tour. The tours at his Clark County location will run weekly through September.

Once the state issues licenses to recreational shops in Vancouver, Schmidt said his organization would “able to better assess the impact this could have on tourism.”

“This is a situation that is largely just starting to develop in the tourism industry, and we don’t have access at this time to any concrete date or measurable benchmarks as to the viability of pot tourism,” he said. “Until we can better assess the effects, we’ll be proceeding cautiously and keeping a close eye on it as it develops.”

Though he hopes someday to grow for Washington’s recreational marijuana market, Lauerman’s focus is medical cannabis. He grows for about 16 Washington medical marijuana patients and has a farm share-style agreement with each, offering a pound of cannabis for a $1,600 “donation.”

About eight people, a mix of Lauerman’s friends and media representatives, went on the first tour Saturday. He spoke with equal pride about his tasty sugar snap peas and his Chemdawg, a popular strain of marijuana.

In his greenhouses, plants are marked with signs that include the strain and a photo of Lauerman, who has a distinctive Santa-like beard.

(Most farm tours, however, don’t begin with an offer of a complimentary joint.)

“I play in the dirt,” said Lauerman, who plans to offer weekly tours of his farm through September.

“I pride myself in (growing) the best tasting food around – and cannabis.”