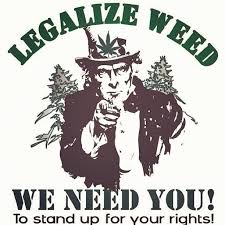 Due to the steadfast obstruction of the federal government, studying the potential benefits of medical marijuana in the United States remains an uphill fight. The bottom line of the politically powerful pharmaceutical industry is clearly threatened by any effort to promote raw herbal marijuana as a safer, more effective alternative to prescription drugs, and so the powers-that-be in Washington, DC actively oppose any attempt to upset the status quo.

But a new effort in the Rocky Mountain State may soon change that dynamic dramatically. Because last week, Colorado Governor John Hickenlooper signed a bill allocating $10 million dollars for research into the safety and efficacy of cannabis as a medicine.

“SB 155 invests the dollars collected from medical marijuana fees into a meaningful effort to study the therapeutic and medical benefits of the drug,” state Rep. Crisanta Duran (D), who co-sponsored the bill, told The Huffington Post. “Patients will benefit from this investment and Colorado will become a national leader in developing medical marijuana research.”

Primarily, the research will be designed to determine which ailments should be approved under the state’s medical marijuana law, in addition to the eight conditions already covered, which include cancer, glaucoma, HIV or AIDS, cachexia (physical wasting with loss of weight and muscle mass), severe pain, severe nausea, seizures (including those characteristic of epilepsy), and persistent muscle spasms (including those characteristic of multiple sclerosis).

Researchers will also study possible negative side-effects of medical marijuana, and “gather objective scientific research regarding the efficacy of administering marijuana and its component parts as part of medical treatment.”

According to Paul Armentano, Deputy Director of the National Organization for the Reform of Marijuana Laws, “Only one state — California — has previously earmarked state funding to explicitly sponsor clinical cannabis research. That program, established at various universities statewide, funded numerous clinical trials over the past decade evaluating the efficacy of whole-plant cannabis for a variety of conditions, including multiple sclerosis and neuropathic pain.”

The goal in Colorado is to eventually sponsor a series of clinic trials, though it remains to be seen how steadfast (and effective) the Feds will be in stopping that important progress.
–
Via High Times