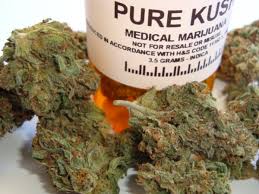 May 22, 2014 — More than half the states in the country now have laws that in some way permit medical marijuana — even in the most conservative states.

This week, Minnesota became the 22nd state, along with Washington, D.C., to allow broad use of medical marijuana. Nine other states passed laws that allow medical marijuana, but only for children with seizure disorders.

Political pressure from parents with children suffering from severe forms of epilepsy helped drive these restricted laws. They give children access to a form of marijuana low in THC, the ingredient in marijuana that affects mood, but high in cannabidiol (CBDs), a non-mood-altering ingredient.

“We are definitely reaching the beginning of a new era in marijuana policy,” says John Hudak of the Brookings Institution, a think tank based in Washington, D.C. “There are interest groups now really starting to come together, with better funding, better understanding of the political landscape, and [the ability] to move forward on getting marijuana policy enacted not just in liberal states, but in conservative states, too.”

Since 1972, marijuana has been classified under federal law as an illegal drug with no medical value. But as popular opinion has shifted on marijuana legalization, more and more states are passing medical marijuana laws. Two states, Colorado and Washington, have legalized marijuana for recreational use as well.

Roundup of State Action in 2014

It may become legal in more states by year’s end. Florida voters will have a chance to decide on a November ballot measure that would legalize medical marijuana. Comprehensive laws are still pending in four other states: Missouri, New York, Ohio, and Pennsylvania.

“Congress won’t be able to continue to ignore what is going on at the state level,” says Bill Piper. He’s the director of national affairs for the Drug Policy Alliance, a nonprofit that favors making marijuana legal for adults. Eventually, Congress will have to change federal law to accommodate the states, he says.