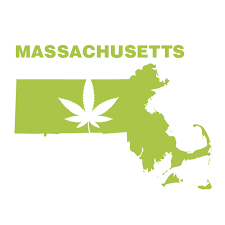 But if we ever legalize recreational pot, then we should.

Though the 20 licensed medical marijuana facilities in Massachusetts have yet to open up their doors, lawmakers and state officials are still ironing out all of the new industry’s policies and regulations. State Senator Brian Joyce just added a new idea to the mix, suggesting medical marijuana fall under the 6.25 percent sales tax.

According to an article from the Boston Herald, Joyce contends that applying Massachusetts’ sales tax to medicinal pot “could generate nearly $6.5 million in tax revenue in its first year and $15.8 million by year three — estimates he called ‘low’ given the law allows for up to 15 more dispensaries.”

Our New England brethren states of Connecticut, Rhode Island and Maine, he adds, do not exempt medical weed from their own respective sales tax regulations and, in fact, the only state out of 22 to do so is Illinois.

In Colorado, where marijuana is both legal for recreational and medicinal purposes, there’s an interesting pattern emerging. Sales revenue from medical marijuana in January, February and March of this year yielded $913,519; $1,022,176; and $999,900, respectively. Remember, too, that Colorado’s sales tax pales in comparison to the Bay State’s at 2.9 percent.

When compared to revenue from recreational pot, the numbers steadily increase. In January, it was $416,690; in February, $438,253; and in March, $569,505. These numbers only stand to continue rising, and likely won’t spike erratically the way the medicinal numbers do.

Massachusetts General Law allows for some items of the health and wellness variety to be taxed. Alcohol, for example, which is nearly always compared to marijuana in respect to health, profit and substance abuse, is not exempt from taxation when used for medical purposes. Neither is nonprescription medicine, over-the-counter medications not sold on prescription and vitamins.

But medical marijuana will fall under certain lawful provisions that allow it to be exempt from being taxed. Sale of certain over-the-counter medicines for human use that are prescribed by a registered physician, for the treatment of a disease or for direct medication of patients and dispensed pursuant to a prescription of a registered physician, are not taxable.

Massachusetts’ medical marijuana fits all of those three criteria.

It seems, then, that Joyce and constituent supporters of his measure may be overreaching. Let’s not forget that the people most in need of marijuana as a health remedy or soothing agent are likely already up to their eyeballs in medical bills. After all, they’ll be suffering from the likes of cancer, glaucoma, HIV positive, AIDS, hepatitis C, amyotrophic lateral sclerosis (ALS), Crohn’s disease, Parkinson’s disease and multiple sclerosis, as noted by Massachusetts General Law.

And while the Herald notes further that Joyce would allocate the additional tax revenue toward “drug treatment and addiction services, not ‘for any nefarious purpose of fattening state government,'” it’s not necessary and does nothing more than add to the burden of those already suffering.

Some of those on Beacon Hill who rightfully oppose Joyce’s proposition say that $50,000 in annual fees – not to mention the nonrefundable costs of the application process – from each of the 20 dispensaries is plenty.

The State Senate has begun debating the amendment, as well as others attached to the $36.25 billion budget proposal released Wednesday, and have until Friday to put forth any more.