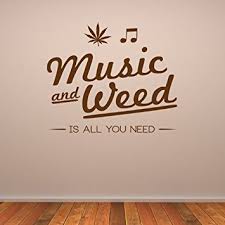 One of the more surprising things about the Colorado Symphony Orchestra’s recently announced “Classically Cannabis” concerts is just how easily the concept seems to be going down with its long-time supporters.

The CSO’s frontline fans tend to be older, 60-plus, even 80-plus, and they’re as traditional as fine arts fans come. They dress up for concerts and follow a code of conduct that includes guidelines for everything from the unwrapping of hard candies to the appropriate moments for applause.

But they’re not so strict when it comes to introducing marijuana into the experience for some concert goers, especially when it might bring in badly needed revenues for their beloved orchestra.

“If these people want to pay $75 and go to a concert and smoke, that’s great. This is going to help the symphony,” said Deanna Leino. She’s had season tickets for 55 years running and is a veteran with the Colorado Symphony Guild, an organization of 300 culturally and socially connected women and men who provide the thrust for the orchestra’s major fund-raising events.

CSO executive director Jerry Kern said the box office did experience a small but formidable backlash on April 29, the day word got out that the musicians would appear in four concerts sponsored by the cannabis industry. The series begins with three smaller, bring-your-own events starting May 23 at the Space Gallery in Denver’s Santa Fe Arts District and culminates with a festival-style concert at Red Rocks on Sept. 13.

But the organization tracked the incoming calls as best it could (which it does anyway as a ticket-selling strategy) and only a handful turned out to be from subscriber or supporter databases.

“With the exception of one or two, those people had never bought tickets or made a donation to the orchestra,” said Kern.

The CSO’s board of trustees, with representatives from the corporate and philanthropic communities, barely discussed the matter, and then only to explore the potential income, according to member BJ Dyer. The CSO hopes to break into the six-figure range in proceeds.

“This is about bringing in two things that are our lifeblood, young listeners, which we desperately need, and funds,” said Dyer.

No one is pretending support is unanimous within the CSO family, and insiders wonder if someone, on the board or in the guild or among season ticket holders, is organizing opposition. Both Dyer and Leino say they’ve heard grumbles, though dissatisfaction has remained mostly polite. A more public protest could surface, though there’s no obvious momentum for it.

The Denver Post’s website is offering a poll to readers on the topic — informal, unscientific — that, so far, favors the orchestra’s initiative 66 percent to 34 percent. That’s a healthy margin for the organization though hardly an absolute nod. A few letters to the editor have come in representing both sides.

Interestingly, the opposition appears to be concerned mostly about the idea of musicians or audience members suffering lung damage from inhaling second hand smoke. It’s not, at least on the outside, an issue of morality; that objectors think the marijuana connection is intrinsically unethical or beneath accepted social standards for adults.

On a final note, the announcement did bring the CSO the kind of mainstream attention the fine arts rarely receive in the news world. The CSO tracked 249 media hits on the story within 24 hours. Interested outlets crossed a wide range: the Los Angeles Times, NPR, ABC, Australia’s Sky News and Arab Times Kuwait, to name a few.

The puns flew in reports.

The most overused phrase: “High note,” started by the CSO but employed in a multitude of ways.

The sneakiest: Over-repeated references to the “Mile High City.” Not so clever.

The most clever: “Classical grass,” which showed up in the headline of a story on “Rolling Stone” magazine’s website.

Reporters continue to call, according to Kern. “This is the biggest PR event in Colorado Symphony history,” he said.