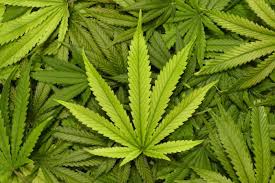 For Jeffrey Wyda, 39, of Chicopee, access to medical marijuana has resulted in an “amazing increase” in his quality of life, Wyda said.

Wyda, a registered nurse, has lived for 31 years with ulcerative colitis and 15 years with a spinal injury and chronic spinal chord infection. He suffers from chronic nausea and severe pain and cramping. He does not want to eat, and his body does not absorb food properly.

Since Massachusetts legalized medical marijuana, Wyda has had a caregiver who is allowed by law to grow and provide marijuana to him. The drug has lessened his nausea, which helps him tolerate his pain medication and eat enough food to maintain proper nutrition.

However, Wyda said he is eager for the state to open its medical marijuana dispensaries so he can get more consistent access. With a single caregiver, he said, patients remain vulnerable to everything from crop failure to the loss of that caregiver. “A dispensary will offer me regular, safe access to medicine,” Wyda said.

A group of patients and medical marijuana advocates held a press conference at the State House on Thursday to ask Gov. Deval Patrick’s administration to immediately issue licenses, or registrations, that would allow the state’s new medical marijuana dispensaries to open.

Matthew Allen, executive director of the Massachusetts Patient Advocacy Alliance, said the process the state has set up to approve the dispensaries and verify their application information is taking too long. “It’s time to finish up verifications, get the registrations issued,” Allen said. “Patients continue to suffer unnecessarily.”

The alliance is also asking for changes to a rule that allows caregivers to grow marijuana for only one patient, a law intended to avoid improper diversion of marijuana. The alliance wants a rule similar to laws in Rhode Island and Maine, which let caregivers provide for up to five patients.

Medical marijuana was approved by voters in a November 2012 referendum. The state wrote rules to govern the program and created an application process, which attracted 180 applicants. The state in January announced that it was giving provisional licenses to 20 applicants.

But since the licenses were granted, questions have been raised about the process. Media reports found cases in which medical marijuana companies misstated the level of local support they had received. Several lawsuits have been filed by losing dispensaries. The Boston Globe reported that a couple who received licenses to manage three Massachusetts dispensaries had to shut down their Colorado dispensary after repeated violations.

Officials at the Massachusetts Department of Public Health have stressed that the licenses are only provisional, and companies must still undergo background checks and have the information in their applications – such as statements of local support – verified.

“DPH’s focus is on striking the appropriate balance between ensuring patient access and public safety. To that end, we are engaged in a process of fully verifying all information and operational plans submitted by dispensary applicants,” said David Kibbe, a spokesman for the Massachusetts Department of Health. “That process takes time.”

On its website, the department says the verification process was supposed to be done in March with inspections of the facilities in the spring. The dispensaries could open this summer.

The department says now that it is still in the verification process.

Kevin Fisher, CEO of New England Treatment Access, which received a provisional license for facilities in Northampton and Brookline, said the company is still on track to get its local approvals by May, and is investing money and time into its cultivation facility, even with the knowledge that its license is still pending, in order to keep the dispensary on schedule to open September 1.

But Fisher said he knows the state plans to continue interviewing licensees through the first week in May. If New England Treatment Access does not get its license to put seeds in the ground by May 1, that will delay the opening, simply because of the time it takes to grow and process marijuana. “We’ve been doing everything we can on our end to stay on the timeline,” Fisher said. “We’ll continue to be responsive to DPH so when they issue (the license), we’ll be ready to hit the ground running.”

Allen’s group argues that the dispensary licenses can be revoked at any time if issues come up, so there is not reason not to issue the licenses now. Meanwhile, they say, patients are suffering, and many do not have access to marijuana at all. Mark Weiner, a physician living in Sharon, was diagnosed with aggressive brain cancer in 2012 and underwent a year of chemotherapy, resulting in nausea so severe that he could not eat or drink and became too weak to hold a spoon. “What could I do, send my wife to meet a criminal in a back ally?” Weiner asked. “It’s not going to happen. I’ll suffer. And I did.” Weiner urged the Patrick administration to license the dispensaries immediately.

Also still unresolved is the status of medical marijuana in four counties, including Berkshire and Franklin, where dispensaries did not receive licenses in January. The Department of Public Health said it planned to invite eight applicants, who had applied for licenses elsewhere in the state, to reapply in those counties.

Karen van Unen, executive director of Massachusetts’ medical marijuana program for the Department of Public Health, said in mid-February that the department expected to release its requirements for new applications within two weeks. The applications were supposed to be due in early May with licenses awarded in early June. However, the Department of Public Health still has not announced the process for those dispensaries to reapply.

A department spokesman declined to comment on the timing of that process.

Robert Mayerson, the CEO of Patriot Care Corporation, which is looking seriously at reapplying in Greenfield, said he has not heard anything from the state in the last month and a half about the reapplication process. “We’re continuing to look for real estate, we’ve met with town officials, we’re very eager to get going on (a Greenfield dispensary). We’re waiting for the state to validate the process,” Mayerson said.