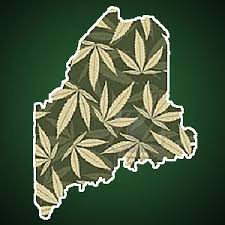 Douglas Glidden was charged with felony operating under the influence a felony count of theft by unauthorized taking and marijuana possession.

LIVERMORE FALLS , ME – A Maine man who was trying to avoid being charged with marijuana possession may now be wishing he simply pleaded to police that the pot was his.

When Douglas Glidden was stopped by police in Livermore Falls because an officer recognized him and knew his license was suspended, he “told them the marijuana found in the car was not his because he had stolen the car.”

While Glidden was being taken to the Androscoggin County Jail for booking, police said the car’s owner called and reported that it had been stolen from his driveway.

The 25-year-old was charged with felony operating under the influence, and felony counts of theft by unauthorized taking or transfer and violating condition of release.

According to Chief Ernest Steward Jr., Glidden has also been charged with a misdemeanor count of operating with a suspended or revoked license and a civil violation of possession of a useable amount of marijuana.

Via The Daily Chronic