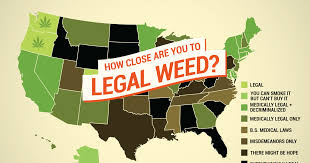 PROVIDENCE, R.I. — A report from OpenDoors, a non-profit in Silver Lake that serves those formerly in prison and their families, predicts that the legalization and regulation of marijuana in Rhode Island could generate $21.5 million to $82 million in annual tax revenues.

The estimated tax revenue was included in the study, “Estimated Effects of the Tax and Regulate Legislation in Rhode Island,” that focused on Senate and House legislation that would create a $50 per ounce excise tax of all marijuana sold wholesale and impose a 10 percent special sales tax on all retail marijuana and marijuana products sold at retail outlets.

The proposed legislation calls for no more than 10 marijuana stores in the state that would sell to anyone 21 years of age or older.

The research methods were developed by economist at the RAND Institute, Harvard University and with Dr. Angela Dills, an associate professor of economics at Providence College.

The estimates are based on various estimates of how much marijuana is currently being used in Rhode Island, predicted price changes and the amount of marijuana that will be taxed.

Currently, there are more than 7,000 patients in the state’s medical marijuana program and that figure is expected to jump dramatically if the drug is legalized and regulated. Last spring, the state’s first two marijuana dispensaries opened in Rhode Island and they have generated about $137,000 in tax revenue.

Nick Horton, a policy specialist at OpenDoors who wrote the report said in a news release: “Passage of this legislation means tens of millions of additional revenue for necessary Rhode Island programs including those that treat alcohol and drug abuse.”

Horton previously served on the state Senate’s Special Commission on Marijuana Prohibition in 2010 that conducted research on marijuana decriminalization legislation that took effect a year ago.

Pat Oglesby, former chief tax counsel for the U.S. Senate Finance Committee and founder of the Center for New Tax Revenue, predicted that Rhode Island’s plans to legalize and regulate marijuana “would be a significant improvement” over the tax structures in Colorado and Washington. Those are the first two states to legalize the drug and the tax rate is based on the price of the cannabis.