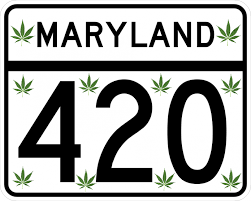 ANNAPOLIS, Md. (AP) – The Maryland Senate’s version of a medical marijuana bill is poised for a full chamber vote.

The vote could take place Thursday morning. If the bill passes, lawmakers will have to reconcile it with a version already approved by the House.

Both bills aim to make medical marijuana more accessible for people who would benefit from it. The Senate’s version does not limit the number of growers the state could license and would leave this decision to a commission. But the House bill caps the number at 10.
The Senate’s version also sets a two-year term for each grower’s license, instead of the House bill’s five-year term, and it mandates a study on how best to provide medical marijuana to veterans.
–
Via WJLA