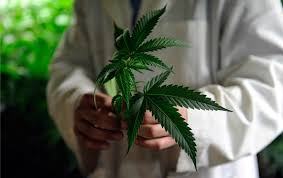 After decades of seeking federal approval to conduct a study on the medical benefits of marijuana for Post Traumatic Stress Disorder (PTSD) patients, the Multidisciplinary Association for Psychedelic Studies has gotten clearance for their financially backed study.

The study, led by researchers at the University of Arizona, was approved by the Food and Drug Administration in 2011. Yet researchers were unable to purchase medical marijuana from the National Institute on Drug Abuse to conduct their experiments. Last week, the Department of Health and Human Services finally authorized the University’s purchase of the medical marijuana from the institute’s Mississippi research farm.

The Veterans for Medical Cannabis Access has long been advocating the use of medical marijuana to treat symptoms of PTSD. Dr. Raphael Mechoulam, Ph.D., of Israel discovered that the cannabinoid system is related to memory and memory extinction, which is important to those suffering from PTSD. These patients suffer from memories of their initial trauma, which could be solved through the use of marijuana. The THC in marijuana is believed to have the capability to reduce PTSD patients’ association between stimuli and their traumatic memories.

After 22 years of seeking permission to purchase medical marijuana from the National Institute on Drug Abuse, the Multidisciplinary Association for Psychedelic Studies (MAPS) has finally been given the opportunity to do so. The researchers plan to test it on 50 veterans with PTSD to see if it alleviates their symptoms. However, they’re still seeking one last approval from the Drug Enforcement Administration, which they expect to come quickly.

PTSD is believed to affect over seven million Americans, but only six states (New Mexico, Delaware, Oregon, Connecticut, Maine, and Nevada) list the disorder as a qualifying condition to receive medical marijuana. University of Arizona professor Suzanna Sisley is awaiting approval from the DEA so she can begin her study, which will measure the effects of five different potencies of smoked and vaporized marijuana in PTSD patients. 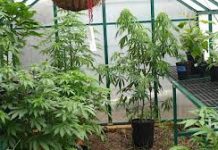