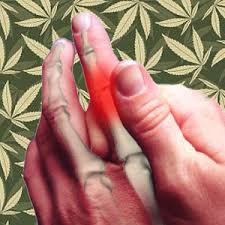 New findings confirm marijuana could be helpful for patients suffering from arthritis.

Published last month in the journal Rheumatology, the study reveals more evidence of how marijuana fights inflammation of the joints.

It seems to do this by activating pathways known as CB2 receptors, which are present at abnormally high levels in the joint tissues of arthritis patients.

CB2 receptors are one of the two types of pathways activated by chemicals in marijuana. However, only CB1 receptors are responsible for the high.

“Historically, therapy with marijuana was used to ease the symptoms of a broad spectrum of diseases, including rheumatoid arthritis,” explained study co-author Dr. Sheng-Ming Dai of China’s Second Military Medical University in a recent interview with Nature.

But a major barrier to the widespread use of marijuana-based treatments is their psychoactive effect, he notes. As a result, scientists have been searching for ways to achieve the same benefits without the high.

In the new study, Dr. Dai and his team confirmed the presence of CB2 receptors in tissue samples taken from patients with osteoarthritis and rheumatoid arthritis.

What’s more, by using a chemical that only activates CB2 receptors, the researchers were able to suppress inflammatory molecules thought to be involved with cartilage erosion.

The team is now working on figuring out the best way to target these receptors exclusively in the treatment of arthritis.