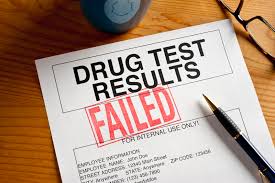 Defendants conducted pre-offer medical examinations along with drug tests. Although the purpose of the drug tests was to determine illegal drug use (which is permissible under the ADA), four applicants who tested positive testified that their positive drug test results were due to the use of lawful prescription medications. The EEOC argued that the pre-offer drug tests violated the ADA because the tests of the applicants’ urine specimens constituted a “medical examination” that elicited medical information about the applicants, even if the tests only were intended to detect evidence of illegal drug use. Such “medical examinations” are impermissible at the pre-offer stage.

The Court held that the tests in this case clearly qualified as medical examinations under the ADA, particularly because each applicant’s urine specimen was tested not only for drugs but for other medical purposes – such as for glucose. For this reason, the drug tests did not fall within the ADA’s exception for tests “to determine the illegal use of drugs.”

Employers are reminded that all pre-employment drug tests should be conducted post-offer. Even if urine drug screens are conducted separately from other pre-employment medical examinations, there is always the possibility that an applicant might test positive due to the use of lawful prescription medications. At the pre-offer stage, employers may not obtain or discuss such information with applicants because it could elicit information about an applicant’s medical condition.

Via The National Law Review