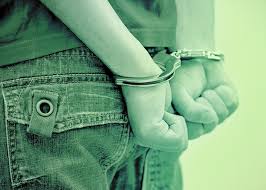 DENVER (AP) — Colorado’s second-highest court ruled Thursday that some people convicted of possessing small amounts of marijuana can ask for those convictions to be thrown out under the law that legalized recreational marijuana in the state.

The Colorado Court of Appeals said people whose cases were under appeal when Amendment 64 took effect in December 2012 are eligible to have their convictions reversed.

A spokeswoman for the Attorney General John Suthers said prosecutors are reviewing the opinion to determine any next steps.

Marijuana advocate Brian Vicente said the ruling could affect hundreds of people who were given jail terms for petty marijuana offenses.

In the ruling, the judges said it they had a duty to follow the will of the voters.

The judges said a defendant could get post-conviction relief if “there has been significant change in the law.”

Colorado legalized pot in 2012, but the drug’s commercial sale didn’t begin until the beginning of this year. State revenue officials say Colorado made roughly $2 million in marijuana taxes in January, with 59 businesses selling about $14 million worth of recreational pot.