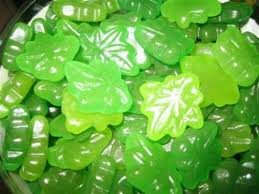 As a journalist, it’s always educational to see how your work is treated and digested and repackaged after it’s published and released to the world. Since our report on THC levels in marijuana-infused edibles published in print and online on March 9, we’ve received plenty of feedback — mostly positive but some negative, too.

An example of some of the feedback from Colorado’s cannabis community: This morning I talked with Tom Sterlacci, CEO of Dr. J’s, which tested quite poorly in The Post study with one of its products testing at .2 milligrams of activated THC instead of the 100 advertised on its label. We’d talked before for the original story, but Sterlacci wanted to see why I hadn’t included the tests he’d provided in my story. (More on that a bit later.) I then had lunch with an envoy from Dixie Elixirs (including founder Tripp Keber), a Colorado cannabis industry leader that tested at 60 milligrams on its 100 milligram Dixie Rolls in The Post study. Over lunch we talked about their testing practices, their feelings about their results in The Post study and more.

I’ve exchanged e-mails and phone calls with a number of the companies we tested, including a productive conversation with Bob Eschino and his business partners at Incredibles, which tested at 146 milligrams on a 100-milligram chocolate bar. And I just got off the phone with Dr. J’s spokeswoman Megan Bialas, who is complaining to multiple media outlets (this one included) that The Post study was “one-sided.”

The Huffington Post aggregated The Post’s report on March 10 with an original response from Bialas and Dr. J’s chef Rachel Garnett, who told them, “We have testing results from other testing facilities showing that our products are over 100 percent. Unfortunately (The Denver Post) decided not to share any of that.”

Bialas did share a Dr. J’s test with me on March 7 after I first interviewed her boss Sterlacci, who said he had a week-old test showing an on-point 100 milligram result. But the four-week-old test Bialas forwarded me was dated Jan. 29 and had the name of the lab and technician (and any other identifiers) blacked out — a curious move since there are only three state-licensed testing labs and Dr. J’s shouldn’t have any reason to be concerned about the name of their testing agency getting out there.

I e-mailed Megan back five minutes after receiving her e-mail: “Thanks much, Megan. What lab was this done at — I’ll need that to include it in the story? And it looks like this is a late-Jan./early-Feb. test. Tom had mentioned a test that was done last week that showed 100ish mg — could I see that one as well? Thanks!” I never heard back from her — until just now, on March 11.

As for Dr. J’s calling our tests “one-sided,” scientists would simply call it consistent, independent sampling. What good would we be if we asked each of these makers of marijuana-infused products (or MIPs) for their own test results? Of course we’d get the company line: “We test right on target — here, see?”

In this study, we pulled together 10 of Colorado’s most successful edibles companies and tested them all in the same lab, under the same conditions, via the same method, on the same instruments, by the same environmental chemist who has 25 years of experience. With the Dr. J’s products, we even tested items from four different batches — edibles purchased 40 miles and two months from one another — to be sure that this was more than just a bad batch or two.

Would these same products test differently in another lab — such as CannLabs? Possibly, and that’s a different story. Dr. J’s CEO Sterlacci claims he’s seen tests on the same hash come out 50 percent differently from one another. Others say there could be a 10 percent difference, depending on the lab. But that hardly discredits these results when some of Dr. J’s competitors (who also make chocolate bars, though Dr. J’s makes its bars via bubble hash instead of butane or CO2 extraction) tested at 11/10th of their target dosage and Dr. J’s tested as low as 1/500th of its target dosage.

Alas, I’m simply a journalist — one that maintained solid B+ average in science classes through university. So I’ll let the expert chemist tell you more about his initial encounter with Dr. J’s — and how he retested and retested to a point of ultimate confidence.

Here is chemist Joseph Evans, who conducted the tests for The Post at Steep Hill Halent of Colorado (one of three state-licensed testing labs), as he walked me through his testing process.

These quotes did not make the original Denver Post report, but here they are for illumination:

“I’m trying to make an unbiased testing laboratory,” said Evans. “My biggest concern was when I saw the numbers come out as low as they did. I really had to think through all my processes and check with my counterparts in Oakland and talk with them and make sure I had everything down that I needed to.

“I took another chocolate bar just to make sure I could test it and have a result that was vastly, vastly different than this result. I know that it’s going to come out pretty close to what they said it was. I ran several samples. I gave you results for (the five tests on two Dr. J’s products), but I likely ran 10-15 samples in different ways and times. It was more a matter of trying to catch all possible angles myself.

“(These Dr. J’s numbers) did surprise me at first. I saw these numbers from the first chocolate bar, and I was floored. I was trying to think, ‘OK, what did I do in my process. Can I repeat it and get the same number. Did I miss something?’ We’re thinking about the last time we basically checked our instrument calibration. Or maybe we’re thinking about extraction efficiency and if we ran the extraction process long enough. When I see something that’s close to 0, it has me concerned about my process. ‘I’ve tested this, and have I done something radically wrong?’ I thought about it.

“But we’ve analyzed similar products from other manufacturers, and those told me that my processes were fine. A chocolate bar that was ran through this same process — same time, same conditions — had a concentration that was 100 times higher. And that tells me, ‘Hey, my processes are good.’ Whoever made this other chocolate bar, it’s pretty close to what they’re saying it is.’”

We’ll share more of the behind-the-scenes on The Denver Post’s report throughout the week, so check back.