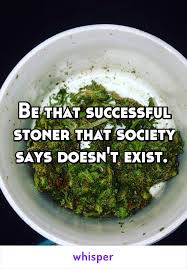 CNN, BBC, Fox News, Bloomberg TV, High Times and other big media picked up on the ads he placed in small local newspapers, pushing his four-restaurant group into the national spotlight.

“Timing is everything. It was just after the legalization of recreational, so it was the hot topic of the day,” he said. “People are curious.”

But the public’s curiosity alone may not be enough to recast the marketing image of pot consumers as connoisseurs rather than loopy stoners who can’t be trusted to imbibe with the same moderation that most drinkers exhibit, advertising pros say.

It’s tough to get around the reality that although the recreational sale and use of marijuana is legal in Colorado and Washington state, the drug remains illegal at the federal level.

And there is a certain tension around the fact that while pot businesses may want to attract a wider range of consumers, they can’t afford to offend their existing customer base, said Stephanie Brooks, an adjunct professor who teaches digital marketing at the University of Denver’s Daniels College of Business.

“They have a core market attracted to the stoner lifestyle that they don’t want to alienate,” she said.

But large potential players — companies with the capital to mount sophisticated ad campaigns that could boost the drug’s mainstream acceptance — will be watching Colorado to see how the industry takes shape, said Greg Wagner, a lecturer in the marketing department at Daniels College of Business.

“We are the test market now,” he said.

If recreational marijuana sale and use becomes legal nationally, or in a large number of states, deep-pocketed companies — think tobacco and liquor — could enter the market and bring with them upscale advertising campaigns that chip away at the stoner image shaped during 70 years of prohibition, Wagner said.

“The magic of advertising is we can say whatever we want, and it is all about creating that positive image,” he said. “Hip, cool, rather than lethargic stoner.”

For now, the nascent industry is counting on open consumers to influence advertisers to put some polish on the marketing, said Wanda James, a managing partner at Cannabis Global Initiative, a nonprofit consulting firm that advocates for legalization.

“The people I get high with are lawyers, business owners.”

“The people I get high with are lawyers, business owners,” said James, who also owns Jezebel’s Southern Bistro and Bar in Denver. “Advertisers realize that there are people like me with disposable incomes.”

Hapa Sushi’s pairing menus may have been humorous, but they captured a certain truth, said Jonathan Schoenberg, executive creative director of TDA Advertising & Design, the Boulder-based ad firm that created the campaign.

In spite of a down-market image, many consumers think about marijuana in the same way they do fine wine, carefully selecting pot strains for their taste, aroma and other characteristics, he said.

Most current pot-advertising campaigns promote the products of mostly small businesses and concentrate on price, available strains and, sometimes, their strength.

They often offer new customers a small amount of free weed, said Kristy Wingfield, owner of Graphik Creative in Denver, which designs advertising for some retailers.

“As a nonsmoker, it is interesting to be working on the ads,” she said. “Free is what is needed to get people in the door.”

The ads are a far cry from the glitzy, good-times image conveyed by marketing for other so-called “vice” products, like beer and liquor.

“When we market vice products, the message usually centers around celebration or good times, or relaxing, taking the edge off the daily grind,” Brooks said.

For example, beer advertising doesn’t present the guy who downs a few beers while watching television at home — even though most suds are consumed there.

“They project a much cooler, sexier image,” Wagner said. “I’m in a bar with my buddies; there are lots of good-looking girls.”

Colorado’s rules allow recreational marijuana businesses to advertise only in adult-oriented publications that can demonstrate that no more than 30 percent of the readership is expected to be under the age of 21.

Still, there are many who worry that legalization — and related marketing — will lure more adolescents to use a drug that studies show is harmful to the developing brain.

Gov. John Hickenlooper has proposed spending $45 million from the state’s projected weed-related sales-tax windfall on youth marijuana-use prevention campaigns over the next 18 months.

However, the marijuana industry also has a responsibility to reinforce the message, said Gina Carbone, a founder of not-for-profit Smart Colorado, which lobbies for regulations on the business.

“Here is a brand-new industry being rolled out, and the way it was sold to us was that it would be sold only to adults,” Carbone said. “It is up to the industry to show that they are not trying to market to those under 21.”

Pot retailers will have to avoid the tobacco industry’s mistakes, said Eric Anderson, a principal at the public-relations firm SE2.

“Tobacco was accused historically of intentionally marketing to kids to create the users of tomorrow,” Anderson said.

He said the alcohol industry has avoided tobacco’s advertising abuses, focusing squarely on adults, but so far, there is no indication that marijuana will follow that example.

“If you look at pot advertising, I don’t see those clear signals to parents and teens that this is a bad choice,” Anderson said. “In my opinion, the marijuana industry needs to decide if they are going to follow the example of the tobacco industry, or from more responsible industries that understand that is not in their long-term benefit to market to kids.”