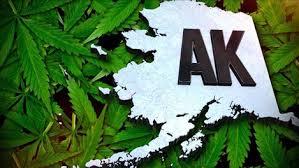 On Wednesday Alaska Lt. Governor Mead Treadwell officially signed off on the marijuana ballot initiative after meeting with the Division of Elections.

This year on August 17 Alaskans will be voting on whether or not to legalize marijuana. On Wednesday Alaska Lt. Governor Mead Treadwell officially signed off on the ballot initiative after meeting with the Division of Elections.

If voters approve the seven pages long initiative in the upcoming August election, Alaskans aged 21 or over will be able to buy up to an ounce of pot anywhere, unless banned by the property owner. A state government controlled body would oversee the cultivation, distribution and advertising and make sure the marijuana doesn’t end up with juveniles or the black market. Marijuana would be taxed at 50$ an ounce.

Polling indicates the initiative is likely to succeed. A PPP survey from this month put support at 55 percent in favor to 39 percent against.

Employers would be able to ban smoking or possession at the job and prevent employees from working while high. Local governments can decide to outlaw cultivation and sales, but not possession. Driving while high would remain illegal.

Between 1975 and 1990 marijuana was actually legal in Alaska, until it was again made illegal in 1990. In 1998 however, Alaska became the 6th state to allow marijuana to be used for medical reasons. In 2014, it may just become the 3rd state to legalize marijuana after Colorado and Washington already did earlier.
–
Via The Stoned Society