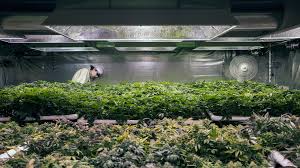 The legalization of recreational marijuana sales in Colorado may be a win for the state’s tax revenue, but it is also edging out the illegal marijuana markets, including the Mexican and Colombian drug cartels.

According to a 2012 study by the Mexican Institute of Competitiveness, legalization in Colorado will cost cartels $1.425 billion annually.

While Washington state’s legal market is burgeoning, the study says it would cost cartels $1.372 billion. The legalization in these two states would push the cartels’ annual revenues down 20 to 30 percent, and cut revenue to the Sinaloa Cartel by 50 percent.

How foreign cartels could get involved with legal marijuana sales

“This is the perfect storm, because from the Mexican cartel standpoint, you have a quasi-legal business operating in the United States, which is illegal in other places, so there’s a real high demand for Colorado marijuana throughout the United States. One of the primary weapons of a cartel they use to make money is, one, selling drugs, and the other one is extortion. So it’s real easy for them to come in and look at these retail stores that are making hundreds of thousands of dollars and say, ‘We want a piece of the action.’ That’s one concern. The other one is using some of these organizations to take marijuana. Well, you don’t have to worry about crossing the border, but sending east, where most of our marijuana goes to — using these as a vehicle for doing that. So that’s our big concern.”

“They’re treacherous, and there’s no way when they show me a picture of my little girl walking to school that I am going to go to law enforcement, worrying about my family or my safety or blowing up my shop or whatever it is. I mean, they’re just treacherous. They have no morals. They do what they need to do to make money, so how do I combat that? I’m not gonna go to the cops. There’s no way I’m gonna go to the cops.”

On the amount of marijuana that previously passed through Colorado

“In 2012, we tracked interdictions that are reported, and that’s voluntary reporting, and we were able to identify about three and a half tons of marijuana that was going out of Colorado to other states, particularly east states. So that has to be some of what they’re counting for, and you have to assume, of the three and a half tons, how much did we miss? The estimates are we probably missed about 80 percent, whatever, because stops are random.”