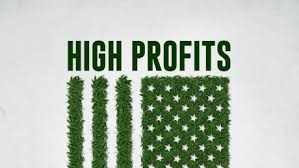 SYDNEY, Australia — Police, seeking to prevent a convicted drug trafficker from profiting from her life story, raided Tuesday the Sydney headquarters of a television network that is negotiating an exclusive interview deal.

Schapelle Corby has been holed up in an expensive Bali resort since she was released on parole from a nearby Indonesian prison last week. The 35-year-old Australian has been negotiating with media companies over a deal to sell her story about being caught at a Bali airport with 4.2 kilograms (9 pounds) of marijuana in her surfboard bag and spending the next nine years in prison.

Australian Federal Police confirmed that they were enforcing proceeds of crime laws when they executed search warrants at Seven Network headquarters in downtown Sydney on Tuesday.

Under Australian law, courts can seize all the profits a criminal makes from any book or media interview deals. Police must first apply for the confiscation order under Australia’s Proceeds of Crime Act.

Seven News reported it was “no secret” that its “Sunday Night” current affairs program “has been the front runner in seeking rights to get an exclusive interview” with Corby.

Seven also reported that the network was co-operating with police.

Indonesian authorities have warned Corby that any interview could breach her parole conditions which stipulate she must not cause unrest. She remains in Indonesia on parole until 2017 and can be returned to prison to complete her sentence in that time.

Corby had always maintained her innocence and denied knowledge of who put the marijuana in her bag.

Telling of that story has already brought the Corby family in conflict with Australia’s Proceeds of Crime Act.

In 2007, a court in her home state of Queensland ordered Corby, her sister Mercedes and Mercedes’ Indonesian husband Wayan Widyartha to hand over AU$128,800 they earned from a book and magazine interview deal.

Corby would be the highest profile target for a proceeds of crime suit since David Hicks, the first Guantanamo Bay prisoner inmate to be convicted of war crimes.

Hicks wrote a book about his experiences in the U.S. military prison on Cuba, despite a former Australian government specifically amending proceeds of crime law to ensure that it applied to convictions by U.S. military commissions.

But prosecutors dropped the suit against Hicks in 2012, citing legal complications.

Colorado pulls in $44 million in recreational pot tax in 2014