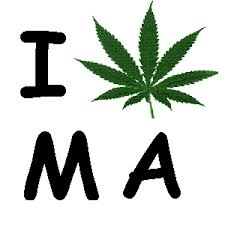 At a meeting led by Massachusetts’s executive director of the Department of Public Health’s medical marijuana program, it was revealed that not only had the state’s program taken off like “rapid lightning,” but dispensaries which acquired provisional licenses were planning on making home deliveries.

California and Washington are currently the only two states in which home delivery of marijuana and marijuana-edibles is unambiguously legal. Karen van Unen, executive director of the Department of Public Health’s medical marijuana program, is convinced that Massachusetts will be the next.

During a recent presentation to a state mayoral convention, she said that with the approximately 120,000 infirm patients expected to partake of the medical marijuana program in its first two years, home delivery would have to be an option.

According to Salem Mayor Kim Driscoll, the “serious-minded nature” of the state’s licensing procedures should act as a bulwark against dispensaries of a suspect nature.

The state needed to balance the interests of local law enforcement and the voter-approved law that requires there to be a licensed dispensary in each county.

“We really wanted to ensure that patients had choice,” van Unen said, adding that she was “absolutely delighted” by the licensing process, calling it “multi-layered” and “robust.”