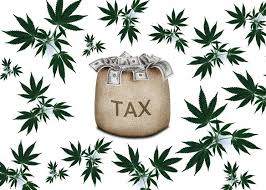 DENVER—Colorado Gov. John Hickenlooper has announced a plan to start spending nearly $100 million in marijuana tax money, the first signal of how much Colorado is reaping from recreational pot sales and what it plans to spend the money on.
The governor announced plans Wednesday to spend $99 million next fiscal year on six marijuana priorities. The priorities include $45.5 million for youth use prevention, $40.4 million for substance abuse treatment and $12.4 million for public health.

The money comes from a 10 percent sales tax on recreational pot sales, which began Jan. 1. Thursday is the first deadline for Colorado retail pot shop to report January sales taxes.

The governor’s pot tax proposal must be approved by the state Legislature.
–
Via The Denver Post