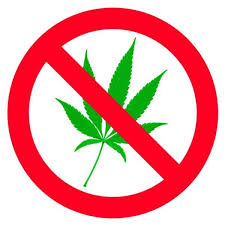 When it comes to the legality of marijuana, the long struggle by advocates of drug reform is at last paying off. Colorado and Washington have legalized it. President Obama described it as “no more dangerous than alcohol.” Activists in Maine, California, Oregon, Alaska, and Massachusetts are all preparing ballot initiatives that would see the drug become available for recreational use – and given the current polling numbers, they’re very likely to succeed. After decades of effort by a small but determined pro-pot lobby, the tide is turning in favor of a rational drug policy. Now that the subject of legalization is less of a question of ‘if’ than ‘when’, there needs to be a serious discussion on the fate of the roughly 40,000 Americans who are currently imprisoned for marijuana-related offenses, and the millions more who are burdened with a permanent criminal record on the same grounds.

Looking back at American history provides context, if not encouragement. When the last great era of prohibition ended in 1933, prisons were jammed with bootleggers, rum runners, and speakeasy owners. In some states, governors went to great lengths to free those who had been imprisoned under state liquor laws – Miriam Ferguson freed 4000 in Texas alone – but federal pardons were rare. Despite a glut of alcohol-related sentencing, the war on booze had only been active ten years and the public had never completely bought into attempts to demonize drinkers; even with the Increased Penalties Act of 1929, the maximum term for alcohol-related offenses was just five years. For comparison, even a small amount of weed can lead to life imprisonment in 15 states due to the popularity of punitive “three strikes” laws.

To advocates for continued imprisonment, the fact that someone violated the law is often more important than the justness of the law itself. They point out, correctly, that half of those imprisoned for pot-related offenses are also serving time for additional charges. But if a person is carrying or growing marijuana, normally ordinary activity can suddenly lead to serious jail time. Take for example the case of Chris Williams, the medical marijuana grower who was arrested by federal authorities after they raided his state-licensed grow-op, then additionally charged for “carrying a firearm while engaged in a drug transaction” despite his license to legally carry that firearm. The contradiction between state and federal laws has lead to a situation where people are serving sentences for activities that are fully legal in their state, and then further being branded as gun-toting drug dealers because of those legal activities.

Also serving lengthy terms are political activists such as Canadian Marc Emery, who have fought publicly against marijuana prohibition and been explicitly targeted by US law enforcement because of their political activism. When Emery was arrested in 2005, DEA Administrator Karen Tandy made it clear that his politics were the problem, despite the fact that his alleged crimes had taken place in Canada:

“Drug legalization lobbyists now have one less pot of money to rely on.”

Thanks to the efforts of people like Emery, Tandy’s war on marijuana is unlikely to last out the decade. The DEA has decisively lost: science and sanity are helping to push through legalization and allowing the public to recognize that marijuana is not the boogeyman it was once portrayed as. Despite this vindication of Emery’s activism, he will be forced to remain in jail for the foreseeable future.

The question of amnesty for pot-crime is not just a moral one, as the burden of carrying a drug-related offense on one’s permanent criminal record can create extraordinary barriers to travel and employment. As numerous studies have shown, the weight of these sanctions falls disproportionately on the backs of people who are either poor or black, despite equal levels of drug use across socioeconomic and racial divides. To continue to impose economic sanctions on already disadvantaged communities, over actions that are no longer recognized as crimes, serves only to perpetuate economic inequality and further restrict social mobility.

Americans need to ask themselves if they genuinely desire a system where a person is subjected to life in prison for marijuana-related offences, while within sight of their barred windows major retailers legally carry out that same activity. Without amnesty, we are very likely to live in a nation where men and women have remained imprisoned for decades after their “crime” becomes accepted practice. Allowing sentences to run their course in the last prohibition era was more tolerable due to their short length, but the vastly disproportionate sentencing that has become the norm in drug-related cases demands that the plight of these prisoners be addressed, and that our new understanding of the role of marijuana in society be retroactively applied to their cases.