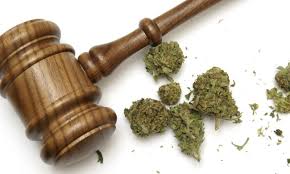 Eighteen members of Congress are asking President Barack Obama, who recently said smoking pot is safer than drinking alcohol, to end marijuana’s classification as one of the nation’s most dangerous narcotics.

Marijuana is currently a “Schedule I” drug, meaning the federal government considers it to have high potential for abuse and no accepted medical value.

Obama’s favorable comparison of marijuana to alcohol in a January New Yorker interview, in which he also reiterated his pot use as a youth, thrilled pro-marijuana activists. But his reluctance to promptly order his attorney general, Eric Holder, to reschedule pot accordingly is a frustration to the same policy reformers.

“You said that you don’t believe marijuana is any more dangerous than alcohol, a fully legalized substance, and believe it to be less dangerous ‘in terms of its impact on the individual consumer,’” the members of Congress wrote to Obama on Wednesday. “This is true. Marijuana, however, remains listed in the federal Controlled Substances Act at Schedule I, the strictest classification, along with heroin and LSD. This is a higher listing than cocaine and methamphetamine, Schedule II substances that you gave as examples of harder drugs. This makes no sense.”

If a substance is banned by international treaties – as marijuana is – the law grants the attorney general the power to place it “under the schedule he deems most appropriate.”

Obama seemed confused about his administration’s power to reschedule substances during a Jan. 30 interview with CNN’s Jake Tapper.

“What is and isn’t a Schedule I narcotic is a job for Congress,” Obama told Tapper. “It’s not something by ourselves that we start changing. No, there are laws under – undergirding those determinations.”

The cannabis caucus, however, is pointing to the law and asking Obama to “instruct Attorney General Holder to delist or classify marijuana in a more appropriate way, at the very least eliminating it from Schedule I or II.”

“I don’t dispute that Congress could and should make the change, but it’s also something the administration could do in a matter of days,” Blumenauer said. “We’re in this ‘Alice in Wonderland’ world where the country has moved on, but we’re still arresting more than two-thirds of a million people a year for something 58 percent of the population believes should be legal.”

The White House’s press office did not respond to a request for comment on the congressional letter, but advocacy groups quickly released statements.

“No drug should be listed as Schedule I, which limits potentially lifesaving research into both benefits and dangers of a substance and guarantees a violent, illegal market for the product,” said Law Enforcement Against Prohibition Executive Director Neill Franklin in a statement. “This is even more true of marijuana right now, when after four decades of failure, states are doing their best to find something that works and federal regulations keep interfering with their ability to do so.”

Dan Riffle, the Marijuana Policy Project’s director of federal policies, said: “When President Obama took office, he promised his administration’s policy decisions would be based on ‘science and the scientific process,’ not politics or ideology. Every day marijuana remains a Schedule I drug, his administration is breaking that promise.”