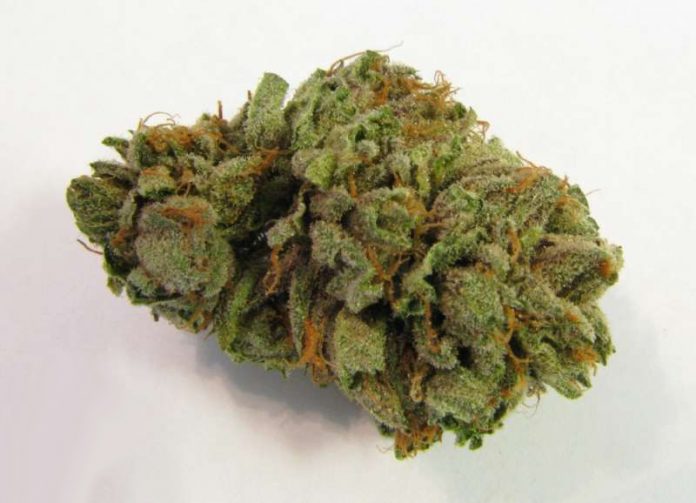 “I became inexplicably giddy. That quality is great for an evening smoke”

By Brittany Driver, The Cannabist Staff

Project MK Ultra was a secret government program that routinely tested mind-altering drugs on unknowing citizens and government workers. For real. So when I found out that the indica-dominant MK Ultra was part of my stash this week I was intrigued. This might be mind-erasing.

I broke out my grinder of choice, a Space Case. I have used many grinders over the years and all of them have fallen apart. I’d load my tasty buds into the grinder and start to break the herb into smaller and more easily smoked bits. Then I would open it up to reveal pieces of plastic or metal inside my weed. Eesh. The Space Case I have is the only one I’ve ever needed and has been with me for longer than I’ve been married.

So I broke up some MK Ultra. It was a little hard to handle, actually, because it was very sticky. That’s typical of MK Ultra and I was glad that what I was holding was textbook.

The smoke was pretty on point as well. No harshness, which was welcomed as I’ve been sick lately and any added coughing is not a desire of mine. It tasted fairly earthy, and I didn’t get the expected citrus taste MK is noted to have. No big deal.

After 10 short minutes I couldn’t wipe the smile off of my face. I became inexplicably giddy. That quality is great for an evening smoke. I find I have a sort of sundown effect — the later in the day, the more likely I am to experience paranoia. MK Ultra was not giving me that at all.

Did I need a sip of water? I looked for my glass as I asked myself that question. And … no dry mouth. I hate dry mouth and I love that I haven’t smoked a strain associated with it lately. I did have some pizza though. You are a dangerous friend, Pepperoni. I’d planned ahead and gotten a frozen pizza, but in the midst of my optimism it felt like I really had gotten delivery, not DiGiorno.

Three slices of pizza later, I realized I wasn’t clenching my jaw anymore. I’ve been diagnosed with TMJ, and one of my symptoms is subconsciously tightening my jaw. This proved another huge revelation. So far, this strand was looking like it might be useful for daytime consumption as well.

Which was when I hit the wall. It had been two hours since I finished smoking MK and I was beat. If this had been a daytime smoke I would have had trouble keeping my eyes open; predictable of an indica or indica-dominant strain. This was past bedtime as it was and heading to dreamland is a goal for most of my evening smoke sessions anyhow.

So, did MK Ultra give me the brain bending it suggested? Totally. I wouldn’t use it during the day, but its ability to lay out anyone it comes in contact with makes it a perfect sleep aid for those who suffer from insomnia and might need a little help hitting the hay.

WOW…try to wrap your mind around this one….